Donald Trump
stated on July 25, 2017 in a speech:
"We've achieved a historic increase in defense spending to get our troops the support they so richly deserve."

President Donald Trump ticked off his presidential accomplishments in front of a warm crowd in Youngstown, Ohio, saying he was already keeping his promises to strengthen the military with record defense expenditures.

"We've achieved a historic increase in defense spending to get our troops the support they so richly deserve," Trump said at a July 25, 2017, rally organized by his campaign.

This isn’t the first time he’s trumpeted big spending for the military. In an address to Congress in March, Trump said his budget "calls for one of the largest increases in national defense spending in American history," which we rated Mostly False.

His brag in Youngstown is more overblown, and more inaccurate. The White House did not provide information for this fact-check.

The Center for Strategic and International Studies mapped these changes below. 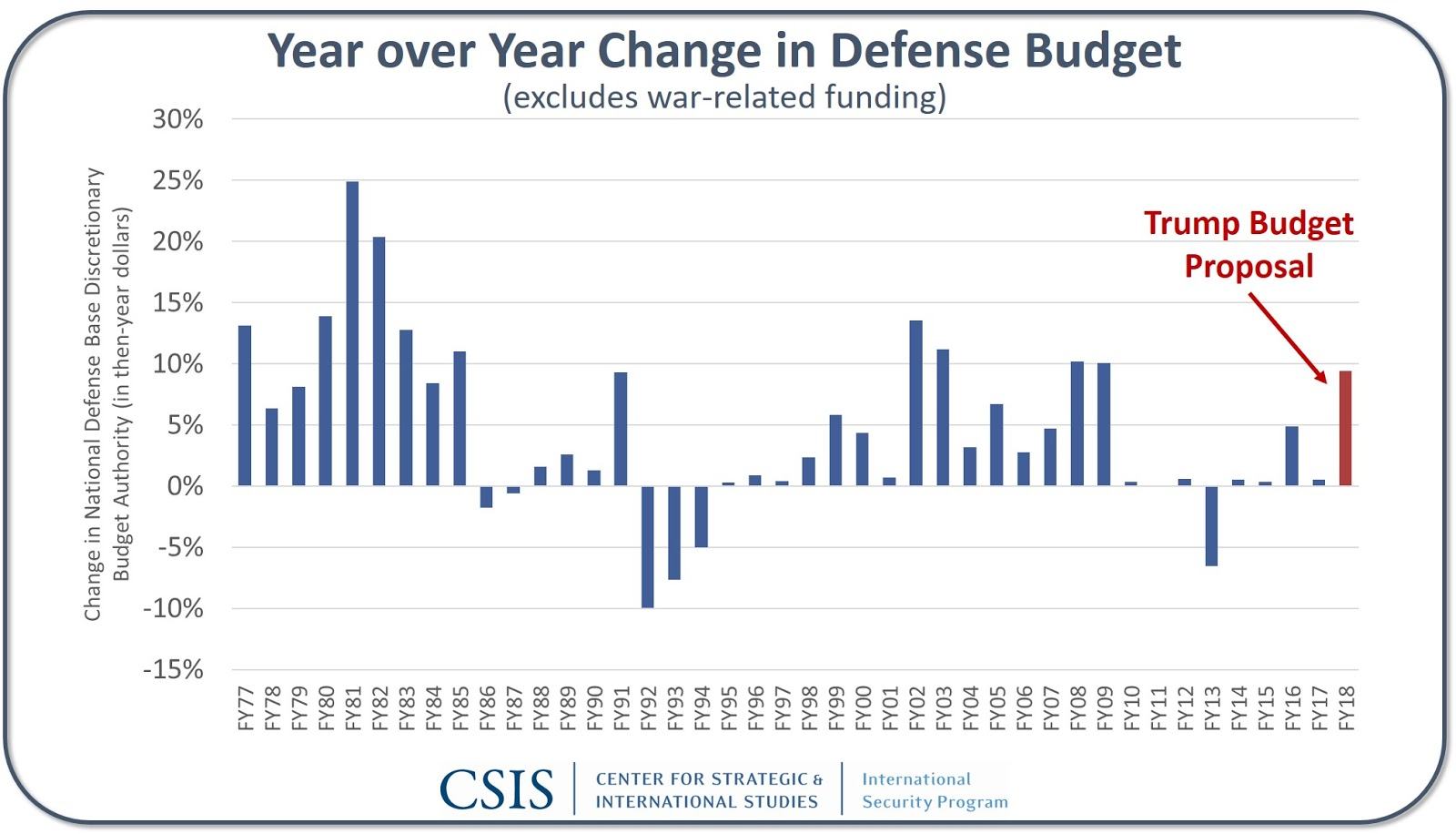 Base defense budget doesn’t include war-related funding, though. If we were to include that funding, the statistics are less in Trump's favor. Trump’s proposed budget represents a 5.4 percent increase in the total defense budget, but we’ve also had greater increases in the past.

This time, Trump wasn’t just saying he proposed one of the largest increases; he said he had already "achieved" it. The spending has not yet been approved.

To turn his proposal into a reality, Trump will need Congress to appropriate the necessary funding for fiscal year 2018 as well as change the budget caps currently in effect.

In Trump’s defense, Harrison said that his proposed defense budget is among the highest in history (though still not the highest) because the proposed increase comes on top of a defense budget that is already high by historical standards.

But Trump was talking specifically about an increase.

Trump said, "We've achieved a historic increase in defense spending to get our troops the support they so richly deserve."

The defense spending increase Trump laid out in his 2018 budget is not an unprecedented change, regardless of whether it includes war-related spending.

PolitiFact Rating:
False
"We've achieved a historic increase in defense spending to get our troops the support they so richly deserve."
Donald Trump
President of the United States

Email interview with Todd Harrison, director of defense budget analysis at the Center for Strategic and International Studies, July 26, 2017