Republican Pa. Sen. Scott Wagner believes that climate change is probably happening. He also says he believes some of that change is "manmade," too.

But Wagner, a state senator from York in the midst of a run for governor, seemed this week to cite a more celestial reason why things are getting a little warmer while he was laying out policy proposals related to natural gas drilling in Pennsylvania. In a talk with natural gas advocates in Harrisburg, Wagner said climate change is probably happening, but the government should nevertheless pare down restrictive regulations on the natural gas drilling industry.

"I haven’t been in a science class in a long time, but the earth moves closer to the sun every year -- you know the rotation of the earth," Wagner said, according to State Impact, an NPR affiliate. "We’re moving closer to the sun."

He added, "We have more people. You know, humans have warm bodies. So is heat coming off? Things are changing, but I think we are, as a society, doing the best we can."

The Pennsylvania Democratic party publicly chastised Wagner for the suggestion and the senator was slammed in comments sections for the statement. So we decided to check his claim: Is the Earth really moving closer to the sun? And has body heat contributed to global climate change?

Let’s start with the, er, "manmade" option first: Despite Wagner’s question, there is no evidence to suggest human body heat is causing global climate change. As PolitiFact has pointed out time and time again, the overwhelming majority of experts agree that climate change is happening and humans are causing it largely through producing carbon dioxide that exacerbates the Earth’s greenhouse effect.

Dave Goldberg, an associate department head for undergraduate studies and a professor in Drexel University’s Department of Physics, said the idea that human body heat is changing the temperature is "absurd." He said the regular energy collected from the sun is about a million times larger than the energy humans emit through body heat, so Wagner was "off by literally a factor of a million."

Wagner did say with more confidence though that the Earth "moves closer to the sun every year," but that claim -- and the way he used it -- also has little root in scientific evidence.

Donald Schneider, a distinguished professor and head of Penn State’s Department of Astronomy and Astrophysics, said "on average, we aren’t changing our distance and the Earth is not spiraling into the sun continuously."

Technically, the Earth does move closer to the sun every year -- and then it moves back, in that same year. That’s because the Earth doesn’t orbit around the sun in a circular motion. Instead, Schneider explained, it maintains an elliptical orbit, so for half the year, the Earth is moving toward the sun and for the other half it’s moving away. Then the process, which Schneider said wouldn’t have an impact on climate change "on human time scales," repeats every year.

Schneider also noted that Wagner cited "the rotation of the Earth" when he said the Earth is moving closer to the sun, but he likely meant "the revolution" or the orbit of the Earth. The Earth rotates on its axis every 24 hours, not every year.

"This idea that something that happens on a one-year time scale has anything to do with what we’re seeing in terms of global warming is a ridiculous argument," Goldberg said, adding that it’s "insulting" Wagner would insinuate scientists hadn’t considered the impact of the Earth’s proximity to the sun.

PolitiFact Pennsylvania reached out to Wagner’s office in search of evidence of his claim. His office released a statement from Wagner instead, in which he said: "I believe that the climate is changing every day, and some of that change is certainly manmade. I think that we have a responsibility to future generations to be good stewards, and I support efforts to do that."

"However, the real question isn't is the climate changing but what role should the government play in trying to alter it," he said in the statement. "I believe we have to prioritize action in a measured way so that we do not hurt our economy."

Pennsylvania Sen. Scott Wagner said during a discussion about climate change that "the earth moves closer to the sun every year -- you know the rotation of the earth. We’re moving closer to the sun." 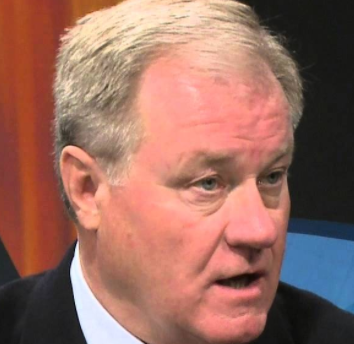 Scott Wagner
stated on August 2, 2017 a campaign video.:
Eighty percent of the school tax bills in the state of Pennsylvania went up over last year.

Larry Krasner
stated on May 1, 2017 the platform section of his campaign website:
"Larry Krasner is the only candidate running for District Attorney who explicitly pledges to never seek the death penalty."

Seth Williams
stated on March 3, 2017 various public comments.:
On whether or not the Philadelphia DA's office will recommend the possibility of parole for all juvenile lifers.

Reps. Keith Rothfus, Mike Kelly and Bill Shuster
stated on February 19, 2017 an op-ed in The Pittsburgh Post-Gazette:
"Obamacare covers 24 million fewer people than it was expected to, and the projected price tag has more than doubled at $2 trillion."

Bob Casey
stated on January 17, 2017 a Senate confirmation hearing for Betsy DeVos.:
"[The Foundation for Individual Rights] is the recipient of donations from [DeVos] totaling about 25,000 bucks over four years."

John Rafferty
stated on October 16, 2016 a debate.:
"Recently though, the media has reported on thousands of illegal voters here in the commonwealth."

NARAL Pro-Choice America
stated on September 28, 2016 an ad.:
"Toomey and Trump will ban abortion and punish women who have them."

Pat Toomey
stated on August 17, 2016 an op-ed in the Pittsburgh Post-Gazette.:
On the Trans-Pacific Partnership.

Josh Shapiro
stated on August 11, 2016 a platform on his campaign website:
Overdosing is now the number one accidental killer in our Commonwealth.