Wisconsin Freedom Alliance
stated on April 25, 2017 in a radio ad:
Wisconsin politicians get daily expense payments "even if they don’t spend a dime on meals, or lodging or travel," and "no receipts are required for them to get paid."

Now the group is back with a campaign charging that taxpayers are on the hook for bloated pensions, salaries and other benefits for state lawmakers of all political stripes.

In an April 2017 radio ad, the alliance ripped a practice that pays Wisconsin state lawmakers a per-diem amount when they travel to the Capitol for business.

"Did you know state politicians can collect their per diems even if they don’t spend a dime on meals, or lodging or travel? No receipts are required for them to get paid. No receipts! It’s the honor system for politicians paying themselves. Does that sound like a good idea?"

Is that the way the system works?

Legislators in most states qualify for per-diems. In many cases they receive more than Wisconsin lawmakers can get.

That hasn’t prevented the per-diems from coming under occasional attack in Wisconsin. They top out at $115 a day for state senators, and $78.50 a day (and $157 for an overnight) for Assembly members.

The Wisconsin law governing the benefit says legislators "shall be entitled to an allowance for expenses incurred for food and lodging for each day that he or she is in Madison on legislative business." (italics ours).

So, if the allowance is tied to spending on food and lodging, is it possible, as the alliance contended, that it is paid "even if they don’t spend a dime on meals, or lodging or travel?"

The story said "Lawmakers can collect the money as income without spending a dime on meals, lodging or gas. No receipts of expenses are required to get paid."

The no-receipts claim is on target, according to the clerks for the Senate and Assembly. Lawmakers are not asked to itemize.

As for whether a lawmaker who skips meals and drives home to sleep can still get a per diem, the answer is, yes, that’s possible.

But it’s impossible to say how often that happens, given the loose accounting system.

In Renk’s opinion, despite the statute’s talk of expenses incurred, lawmakers who incur no expense while collecting a per diem are not violating the law.

The perk is so automatic that lawmakers, at the beginning of a two-year legislative session, choose whether to receive the maximum daily reimbursement for days they travel to Madison within that period. That’s how the law was written.

All they have to do to collect is confirm their appearances by entering a mark in a computer program.

One piece of the group’s claim requires a minor clarification. Travel costs in the form of mileage are reimbursed separately from the per-diem payments.

The Wisconsin Freedom Alliance claimed that state lawmakers get daily expense payments "even if they don’t spend a dime on meals, or lodging or travel," and "no receipts are required for them to get paid."

Per diems are built on an honor system that requires no documentation that any travel or lodging expense has been incurred. Travel costs, though, have nothing to do with per diems, and some clarification is necessary here because no one can say how often lawmakers get the per diem without spending anything.

Politifact Rating:
Mostly True
Wisconsin politicians get daily expense payments "even if they don’t spend a dime on meals, or lodging or travel," and "no receipts are required for them to get paid."
Wisconsin Freedom Alliance
Organization 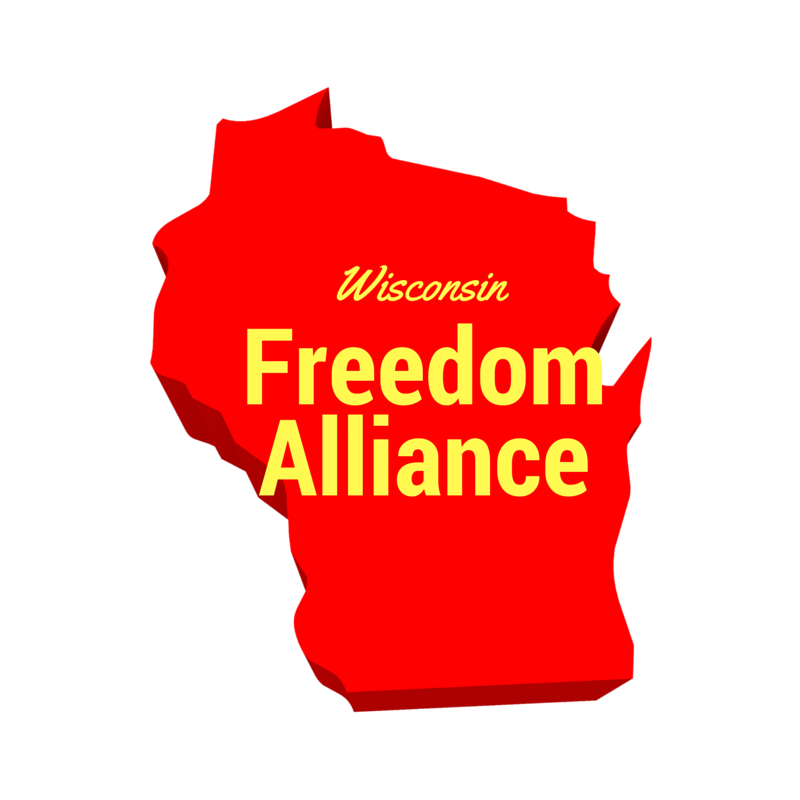 Glenn Grothman
stated on April 30, 2017 a town hall meeting:
"Planned Parenthood is the biggest abortion provider in the country."

Wisconsin Freedom Alliance
stated on April 25, 2017 a radio ad:
Wisconsin politicians get daily expense payments "even if they don’t spend a dime on meals, or lodging or travel," and "no receipts are required for them to get paid."

Brad Schimel
stated on March 12, 2017 an interview:
In America, "more people die from" prescription narcotic painkillers "than from heroin and cocaine combined."

Tony Evers
stated on March 10, 2017 an interview:
A study of where teachers apply to work found that "less than 5 percent wanted to work in rural Wisconsin."

Lowell Holtz
stated on March 26, 2017 a post on a campaign web site:
About a third of Wisconsin’s high schools "are missing the mark of graduating young adults who are college ready," a "pass rate of 66.6%."

Lowell Holtz
stated on March 18, 2017 a campaign blog post:
"Our minority graduation rate went from levels below Milwaukee and Madison, to above 80%" when I was Beloit school superintendent.

Lowell Holtz
stated on February 2, 2017 a campaign statement:
On using the Common Core standards for English and math instruction

John Humphries
stated on February 2, 2017 a campaign statement:
On using the Common Core standards for English and math instruction

Joe Sanfelippo
stated on February 1, 2017 an online video:
"Over 39% of violent criminals return to prison following their release."

John Humphries
stated on January 12, 2017 a Facebook post:
"We've dropped from a top 10 state in elementary reading to 30th in the nation" under State Schools Superintendent Tony Evers’ watch.

Tammy Baldwin
stated on January 12, 2017 a news release:
Imitation dairy products often differ nutritionally from those they mimic, and labeling them "milk" or "cheese" or "yogurt" is "against the law."

Mark Pocan
stated on January 11, 2017 a letter:
Says Betsy DeVos and her family "have donated extensively to groups which promote the idea that students who identify as LGBT must undergo 'conversion' therapy."

Democratic Party of Wisconsin
stated on August 6, 2015 a tweet:
A "majority in every state favors path to citizenship for undocumented immigrants."

Andy Craig
stated on May 11, 2015 a news release:
"Thanks to restrictive and anticompetitive ballot laws," candidates in November 2014 ran unopposed in nearly half of Wisconsin’s state representative races but in Michigan and Minnesota nearly all races had challengers.