Miro Weinberger
stated on December 7, 2018 in Speech on carbon pricing. :
"As a city, we currently use about 4 percent less electricity today than we used in 1989."

Miro Weinberger announces the completion of a bike path in Burlington in 2017. Photo by Cory Dawson/VTDigger

In the wake of a national climate report predicting serious economic and human health impacts in the United States in the century to come, Burlington Mayor Miro Weinberger joined the growing movement in support of carbon pricing.

Weinberger announced at a conference on Dec. 1 that he has put together a coalition of Northeast mayors who are calling on state lawmakers to enact a "carbon pollution fee".

During his speech unveiling the proposal, he spoke of Burlington and other cities’ efforts to act on climate change.

"Cities, too, have been a source of climate progress, as Burlington’s environmental track record over the last 30 years makes clear," Weinberger said.

"As a city, we currently use about four percent less electricity today than we used in 1989, saving Burlingtonians millions of dollars annually in avoided retail power costs," he added.

Could Burlington really be using less electricity during a time when the population increased by  12.5 percent and development has been a constant? We decided to find out if Burlington’s electricity usage has really gone down over the past three decades.

The annual report actually relied on electricity use in 2016, said Mike Kanarick, manager of communications for Burlington Electric Department.

He said 1989 was the first year Burlington began investing in energy efficiency. In 1990, the city passed an $11.3 million bond for efficiency projects.

However, it hasn’t been a steady downward trend over the past three decades. It’s been up and down. Burlington’s electricity use was actually higher in 2016 than it was during 12 years since 1989. The lowest electricity consumption during that time was in 1996.

Our data analysis shows that the general trend in Burlington’s total electricity usage has actually been slightly upward, although per capita usage has been going down. 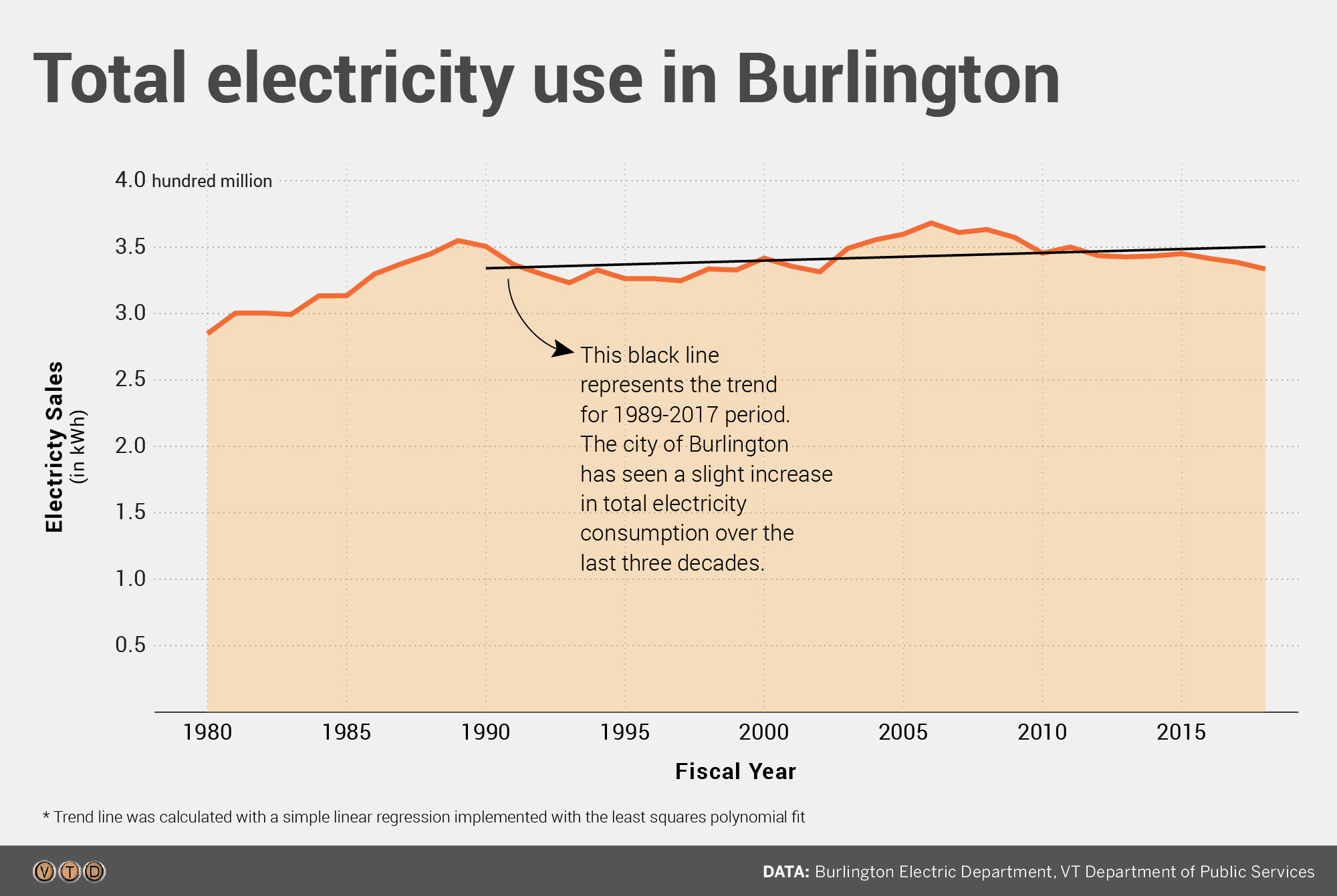 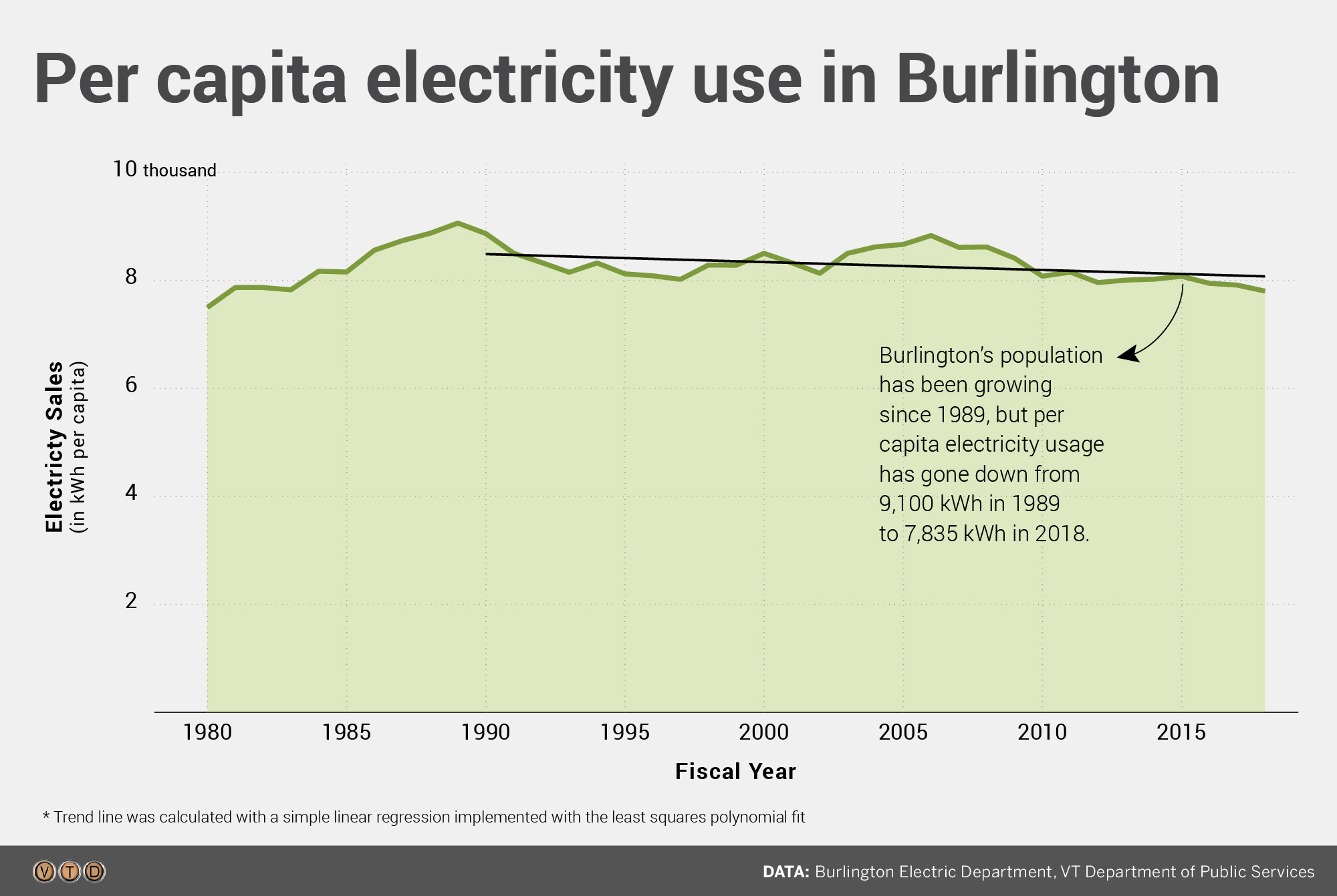 Weinberger’s statement is correct -- the city’s electricity consumption was about 4 percent lower in 2016 than in 1989. But that statistic is not reflective of the general trend in Burlington’s energy usage, which has been on a slight upward trajectory during that time.

What the mayor said is technically true, but it might give the wrong impression.

Heidi Scheuermann
stated on May 16, 2019 floor debate:
They understand the importance (of medical monitoring). It’s clear, though, that they want to do it in a way that is consistent with other states and S.37 just isn’t.

Miro Weinberger
stated on December 7, 2018 Speech on carbon pricing. :
"As a city, we currently use about 4 percent less electricity today than we used in 1989."