Donald Trump
stated on January 3, 2018 in a statement:
There is "substantial evidence of voter fraud."

President Donald Trump is closing the Presidential Advisory Commission on Election Integrity, a panel to investigate voter fraud that had attracted controversy during its short life.

The commission -- headed by Vice President Mike Pence and Kansas Secretary of State Kris Kobach -- had been "bedeviled by internal dissension, threats of litigation and the refusal of some states to provide information. Its last known meeting was Sept. 12," NBC reported.

The panel included a few Democrats, but its membership was majority Republican. One Democratic member of the commission even filed a lawsuit, demanding to be kept abreast of its activities. Separately, the Government Accountability Office, a federal agency, announced in October 2017 that it would probe its handling of voter files and other issues, in response to calls by Democratic lawmakers.

In a statement on Jan. 3, 2018, announcing his decision to disband the commission, Trump said, "Despite substantial evidence of voter fraud, many states have refused to provide the Presidential Advisory Commission on Election Integrity with basic information relevant to its inquiry. Rather than engage in endless legal battles at taxpayer expense, today I signed an executive order to dissolve the Commission, and have asked the Department of Homeland Security to review these issues and determine next courses of action."

PolitiFact is separately checking a different assertion by Trump, that "mostly Democrat states refused to hand over data" to the commission. In this fact-check, we’re looking at whether Trump is correct that there is "substantial evidence of voter fraud."

Trump has not yet produced any evidence that supports these claims, and the White House did not respond to another request for this article.

In a press briefing on Jan. 24, 2017, a reporter asked his then-press secretary Sean Spicer how Trump came to believe that it’s possible that illegal votes were to blame for his popular vote loss.

"I think there's been studies," Spicer responded. "There's one that came out of Pew in 2008 that showed 14 percent of people who voted were noncitizens. There's other studies that have been presented to him. It's a belief he maintains."

We determined that Spicer was conflating a couple different studies, and that those studies have been erroneously used to prop up claims that noncitizens have swayed elections by voting illegally.

There is no study that shows 14 percent of the votes cast in 2008 were cast by noncitizens. That would have added up to more than 18 million fraudulent votes — an implausible assertion, considering the total noncitizen population was about 22.5 million in 2010.

The 2012 Pew study -- found that about 24 million, or one in every eight, voter registrations in the United States are inaccurate or no longer valid, but it did not find evidence of actual voter fraud. The study was about record-keeping that is badly managed and in disarray.

David Becker, the former director of Pew’s election program, tweeted in November 2016 that "we found millions of out of date registration records due to people moving or dying, but found no evidence that voter fraud resulted."

Meanwhile, the study that shows that "14 percent of people who voted were noncitizens" has been widely criticized for its methodology.

Many credible researchers have panned the study as methodologically unsound for using an opt-in Internet poll originally designed to survey citizens and not considering possible survey response error.

In a blog post, one of the authors, Old Dominion professor Jesse Richman, said he stands by his study, but "our results suggest that almost all elections in the U.S. are not determined by noncitizen participation, with occasional and very rare potential exceptions."

Other research suggests that voter fraud is not widespread.

• News21, a national investigative reporting project funded by the Carnegie Corporation of New York and the John S. and James L. Knight Foundation, found just 56 cases of noncitizens voting between 2000 and 2011.

• A report by the liberal Brennan Center for Justice at New York University School of Law found that most cases of noncitizens voting were accidental. "Although there are a few recorded examples in which noncitizens have apparently registered or voted, investigators have concluded that they were likely not aware that doing so was improper," reads the 2007 report.

• In 2012, Florida Gov. Rick Scott’s administration tried to crack down on noncitizens voting by comparing driver's license data against voter rolls. The Florida Department of State created a list of 182,000 potential noncitizens that had voted. That number was whittled down to 2,700, then to about 200 before the purge was stopped amid criticism that the data was flawed given the number of false positives — including a Brooklyn-born World War II vet. Ultimately, only 85 people were removed from the rolls.

Meanwhile, ProPublica, an investigative journalism project, tweeted that "we had 1,100 people monitoring the vote on Election Day. We saw no evidence the election was ‘rigged’ " and "no evidence that undocumented immigrants voted illegally."

In our previous articles on this topic, numerous election experts dismissed assertions like those made by Trump. Asked again for this article, experts agreed that nothing new had emerged as a result of the commission’s work.

Trump’s claim "is not accurate at all," said Rick Hasen, a University of California-Irvine law professor who specializes in election law. "There has been no proof of substantial voter fraud in the 2016 election. We have seen really just a smattering of isolated cases."

Lorraine Minnite, a Rutgers University political scientist and author of The Myth of Voter Fraud, said that her efforts to track the issue since 2001, including as an expert witness, has enabled her to study election processes up close in such states as Wisconsin, Texas, North Carolina, Ohio, Virginia and Kansas.

Her conclusion? "I am not aware of any evidence of substantial voter fraud ever being offered or presented to state legislatures adopting voter ID laws, or in any of the litigation in which states, as defendants, have brought forth such evidence to defend why they adopted the laws," Minnite said.

In his statement, Trump said there is "substantial evidence of voter fraud." That wasn’t accurate before, and it isn’t accurate now. We rate the statement False. 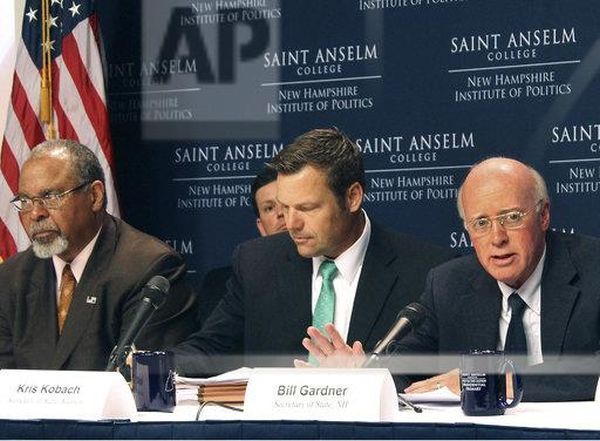 Donald Trump, "Statement by the Press Secretary on the Presidential Advisory Commission on Election Integrity," Jan. 3, 2018

Vox.com, "Trump’s "election integrity" commission faces a new controversy: a lawsuit from one of its own," Nov 10, 2017

Email interview with Lorraine Minnite, a Rutgers University political scientist and author of The Myth of Voter Fraud, Jan. 4, 2018