Ronald Brownstein
stated on January 23, 2018 in a CNN interview:
"They found 60 votes in the Senate in 2006 and 2013" for immigration legislation, and "each time the House Republican majority refused to take it up."

In a discussion about the recent three-day government shutdown — due to lawmakers' disagreement over federal funding and policies for young immigrants in the country illegally, so-called Dreamers — pundit Ronald Brownstein said that while many Americans want Dreamers to stay, it’s unclear if that can be achieved.

Twice before, senators have agreed on immigration reform, but each time, the prospect fell through without action from the U.S. House of Representatives, said Brownstein, a senior political analyst for CNN.

"They probably can find 60 votes in the Senate to do that. They found 60 votes in the Senate in 2006 and 2013 for immigration reform. And each time the House Republican majority refused to take it up," said Brownstein, who’s also senior editor at The Atlantic. "Without the president's leverage, without him leaning on House Republicans, you could easily see the same thing again."

The Dreamers are in limbo after the Trump administration rescinded a program that prevented their deportation. President Donald Trump has tweeted that "nobody knows for sure" if a deal will be reached and that it must include funding for his border wall with Mexico.

Is Brownstein right about the 2006 and 2013 immigration push? He’s got his history right, and we thought it was worth reviewing in depth.

The Comprehensive Immigration Reform Act of 2006 passed in the Senate on May 25, 2006, along a 62-36 vote. The bill included provisions to strengthen border security with fencing, vehicle barriers, surveillance technology and more personnel; a new temporary worker visa category; and a path to legal status for immigrants in the country illegally if they met specific criteria.

Then-President George W. Bush commended the Senate "for passing bipartisan comprehensive immigration reform" and said he looked forward to working with both chambers.

But the bill was never taken up by the House. The House in December 2005 passed a separate bill with greater focus on border security and enforcement, the Border Protection, Antiterrorism, and Illegal Immigration Control Act of 2005. That proposal narrowed in on employment eligibility verification; immigration fraud; and immigration enforcement authority at state and local levels. It did not include a guest worker program or the legalization of immigrants.

''Our No. 1 priority is to secure the border,'' then-House Speaker Dennis Hastert, of Illinois, said in June 2006. "And right now I haven't heard a lot of pressure to have a path to citizenship.''

In September 2006, after meeting with Republican leaders, Hastert said they agreed "that we cannot support totally" a lot of the provisions in the Senate bill, because it "would not secure the border. Matter of fact, it erased the border."

Lawmakers from both chambers never formed a conference committee to iron out the details in both bills and the proposals expired at the end of the 109th Congress.

Backed by Democrats and 14 Republicans, the Border Security, Economic Opportunity, and Immigration Modernization Act passed the Senate on a 68-32 vote on June 27, 2013.

The bill directed the Secretary of Homeland Security to submit two reports on border security strategy, including one on where fencing, infrastructure and technology should be used; authorized the use of the National Guard to help secure the border; called for an increase in the number of Border Patrol agents at the southern border, and other border security measures.

It also included provisions to allow immigrants in the country illegally to adjust their immigration status, if they met certain criteria.

"The bipartisan bill that passed today was a compromise … Today, the Senate did its job. It’s now up to the House to do the same," said then-President Barack Obama.

But House Republicans again opposed the Senate immigration proposal, arguing that border security needed to be addressed first before legalizing the status of millions of immigrants.

"I’ve made it clear and I’ll make it clear again, the House does not intend to take up the Senate bill," then-House Speaker John Boehner said July 2013. "The House is going to do its own job in developing an immigration bill."

He reiterated his position in November 2013: "The idea that we’re going to take up a 1,300-page bill that no one had ever read, which is what the Senate did, is not going to happen in the House," Boehner said. "And frankly, I’ll make clear we have no intention of ever going to conference on the Senate bill."

Brownstein said, "They found 60 votes in the Senate in 2006 and 2013" for immigration legislation, and "each time the House Republican majority refused to take it up."

Senators did pass immigration bills in 2006 and 2013 with 62 and 68 votes, respectively. Both times, House Republicans did not address the proposals on the House floor.

PolitiFact Rating:
True
"They found 60 votes in the Senate in 2006 and 2013" for immigration legislation, and "each time the House Republican majority refused to take it up."
Ronald Brownstein
Journalist
https://twitter.com/CNNNewsroomLA/status/955898432652115968 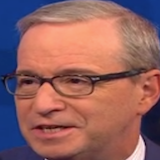