Donald Trump
stated on January 30, 2018 in the 2018 State of the Union address:
Says one year later, "the coalition to defeat ISIS has liberated very close to 100 percent of the territory just recently held by these killers in Iraq and Syria." 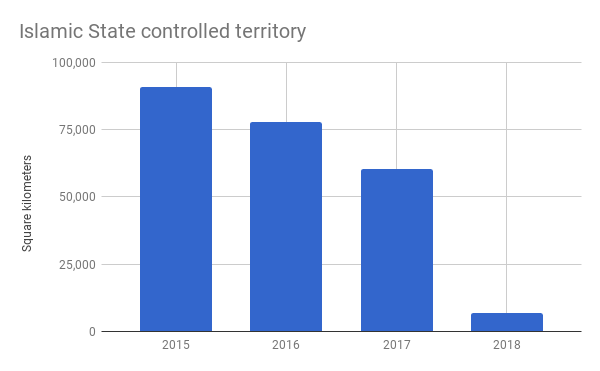