John Flanagan
stated on April 1, 2019 in a news release:
The state budget fully funds "an initiative to provide free college tuition for illegal immigrants, while rejecting an increase in Tuition Assistance Program funding that would help middle-class families afford college."

Senate Republicans took aim at the recently passed New York state budget, the first spending plan in years to be crafted with Democrats in control of both houses of the Legislature and the governor’s office.

"After months of warning about the disastrous effects of one-party government, New York’s worst nightmare has been realized with the 2019-20 state budget," Senate Minority Leader John Flanagan said in a statement.

Flanagan criticized many of the $175.5 billion budget’s provisions. That included the budget’s call to fund the Jose Peralta New York State Dream Act, which allows undocumented students to access state financial aid. It is named in honor of a senator who championed the legislation before he died in 2018.

"Because of the new one-party government in New York, other Democrat-driven priorities that made it into the final budget include fully funding an initiative to provide free college tuition for illegal immigrants, while rejecting an increase in Tuition Assistance Program funding that would help middle-class families afford college."

We have heard this claim before and wanted to know if it is true.

The Dream Act, which provides tuition assistance to undocumented students, was passed by the Assembly and Senate, but it has not yet been signed into law by Gov. Andrew Cuomo.

Cuomo’s news release on the budget agreement between his administration and the Legislature states the spending plan "implements and fully funds the Jose Peralta New York State Dream Act for $27 million."

"The Dream Act will give undocumented students access to the Excelsior Scholarship, the Tuition Assistance Program, as well as other state-administered scholarships," according to Cuomo’s budget briefing book. "A $27 million FY 2020 investment in young immigrants’ futures is an investment in New York’s future." A spokesman for the state Division of Budget, Freeman Klopott, confirmed that the description of the Dream Act in the briefing book is still accurate in the final budget.

Scott Reif, a spokesman for Flanagan, said the enacted budget contained $27 million for the Dream Act, which provides "free college tuition for people who are here illegally."

Rob Astorino
stated on June 13, 2022 in a debate
“We’ve got a parole board right now that has released 20 cop killers in the last two years under Hochul.”

As for funding for the state’s Tuition Assistance Program, or TAP, Senate Republicans favored expanding access by increasing the award and by raising the income limits to allow families to qualify for it, Reif said. TAP provides grants for students to study at public or private institutions. Senate Democrats also wanted to increase funding for TAP, and they included an expansion in their one-house bill - so named because an identical bill was not carried in the Assembly. The TAP expansion was not included in the final budget, he said.

The maximum TAP award is $5,165, while tuition for colleges in the State University of New York system is $6,870. The gap between the TAP grant and tuition costs is covered for eligible students by each campus.

A spokesman for Cuomo called Flanagan’s statement "false and misleading" because it ignores other actions in the budget to expand access to higher education through the state’s Excelsior Program, which provides free tuition at SUNY and CUNY campuses for in-state students.

"The Excelsior Program will enter the third and final year of a three-year phase-in, with the income eligibility increasing to allow New Yorkers with household incomes up to $125,000 to be eligible," said Cuomo spokesman Don Kaplan.

The budget funds the Excelsior Program with $119 million. Last year's allocation was $118 million.

The Excelsior Scholarship has several rules recipients must follow, including a stipulation that they live in New York state for the length of time the award was received.

Flanagan said the state budget provides "free college tuition" for people who are in the United States illegally, and that it does not expand TAP grants for the middle class.

The budget does implement the Dream Act, which allows undocumented immigrants to apply for tuition assistance programs and to receive that assistance if they meet the established criteria. But it did increase TAP funding by $5.4 million for other students - a small increase, but an increase nonetheless. 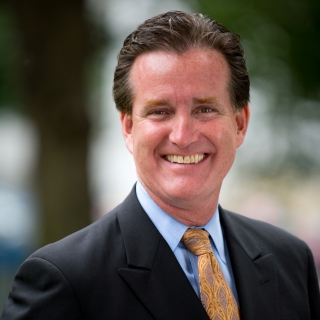 Rob Astorino
stated on June 13, 2022 a debate:
“We’ve got a parole board right now that has released 20 cop killers in the last two years under Hochul.”

Charles Schumer
stated on May 25, 2022 a floor speech:
“The leading cause of death among children is a firearm.”

Harry Wilson
stated on May 6, 2022 in a campaign ad:
Lee Zeldin “voted for Cuomo’s Billion Dollar Tax hike and every Cuomo budget.”

Andrea Stewart-Cousins
stated on May 3, 2022 a news conference:
When the New York State Senate voted to legalize abortion in 1970, 12 Republican senators voted in favor of it.

Crystal Peoples-Stokes
stated on March 29, 2022 a news release:
“Cities in notoriously ‘tough on crime’ states like Texas and Florida saw a more significant increase in violent crime than cities in NYS.”

Pam Helming
stated on March 8, 2022 a radio interview:
"Almost half of every dollar that we spend on gas, it goes to New York State."

Melanie D'Arrigo
stated on February 6, 2022 a Tweet:
“Teachers can only deduct up to $250 for school supplies on their taxes, but billionaires can write off the entire cost of a private jet.”