Andrew Byrd
stated on February 25, 2019 in a legislative debate:
"The states that have passed (campus carry laws) have seen enrollment drop significantly."

University of Texas professor Ann Cvetkovich speaks during a public forum on a law allowing students with concealed weapons permits to carry firearms on campus, on Sept. 30, 2015. (AP)

During their most recent legislative session, West Virginia lawmakers took up a bill that would require colleges in the state to allow students to carry guns on campus as long as they possess a concealed carry permit.

The bill ultimately passed the House, largely on party lines, before falling in the Senate.

During the House debate, one Democratic delegate, Andrew Byrd, argued that passing the bill could keep students from enrolling in the first place.

Has there been a significant enrollment drop in states that have passed a campus carry bill? We took a closer look.

When we contacted Byrd, he pointed to an article in the Houston Chronicle about international student enrollment declining in Texas, a state that has enacted a campus carry law.

"International applications to Texas' four-year public universities have plummeted over the past year by at least 10,000, a 12.5 percent decrease from last fall, according to a Houston Chronicle review of university data," the article said.

The article cited possible explanations by experts, including Jeff Fuller, a former admissions director at the University of Houston.

The most prominent explanations were "a sluggish global economy," "greater competition from other countries," and "President Donald Trump's anti-immigrant rhetoric," which Fuller said "has made some international students uncomfortable."

A less prominent explanation in the article was Texas’ campus carry law, with Fuller saying it was "a sticking point for some applicants."

However, this is not especially strong evidence to support Byrd’s assertion. Byrd said "states," but Texas is just one state. He also didn’t specify international student enrollment, which the article did. It’s also not clear that campus carry was the primary factor driving Texas’ decline.

So we decided to take a broader look at states that enacted campus carry. Pedro Ribeiro, a spokesman for the Association of American Universities, said his group had no systematic data on the issue. So we dug through the numbers ourselves, state by state.

States that have campus carry laws

According to the National Conference of State Legislatures, 16 states explicitly ban carrying a concealed weapon on a college campus, while in 23 others, the decision is left up to each college or university. For instance, Liberty University in Lynchburg, Va., allows campus carry despite the absence of a state law. Tennessee, meanwhile, allows the right for faculty members but not students or the public.

Here, we’ll focus on the remaining 10 states that have either legislation or court rulings that allow the carrying of concealed weapons on public post-secondary campuses: Arkansas, Colorado, Georgia, Idaho, Kansas, Mississippi, Oregon, Texas, Utah and Wisconsin. (Private schools are not included in the data because they are not required to follow the same guidelines.)

What does the data show?

When we looked at the data state by state, we found that public university enrollment trends in campus carry states have been, at best, inconsistent. Some states actually saw an increase after the law came into effect. We did not assess Arkansas, because we could not find data for the relevant period.

Four states -- Colorado, Kansas, Oregon, and Wisconsin -- did see decreases after passage, though they were fairly small.

The campus carry law in Colorado took effect in 2010. Between that year and 2015, the most recent year available, enrollment fell by 5.8 percent.

In Kansas, the campus carry law has only been in effect for a little over a year. Between 2017 and 2018, the enrollment decrease was 1.1 percent.

Oregon initially saw a 2.9 percent increase in enrollment in 2011, the year its campus carry bill came into effect. Since then, enrollment has fallen by 4.6 percent.

Wisconsin’s campus carry law also came into effect in 2011. Through 2015, the most recent year available, enrollment declined by 8.8 percent.

Two states saw no clear pattern in their enrollment figures.

Mississippi’s campus carry law took effect in 2010. For the first year, the number rose. Enrollment dropped for the next three years, then increased again in 2015, the most recent year with available data.

The remaining three states actually saw increases in their enrollment.

Georgia’s campus carry law took effect in 2017. Enrollment has increased by 2.2 percent since before the law.

Finally, Idaho’s enrollment rose by about 11 percent after its campus carry law took effect in 2014. The most recent data for Idaho runs through 2015.

To sum up: Four of the nine states we looked at saw fairly consistent enrollment declines after a campus carry law took effect, while two showed no consistent pattern and three saw enrollment increases.

In other words, there was a lot of variability, contrary to what Byrd said.

But even in the cases of the states with modest declines, it’s not clear that gun laws were the driving force.

Many other factors -- such as the size of a state’s college-age population, whether universities are expanding or contracting their offerings, and broader economic forces -- can affect enrollment numbers. For instance, improving economic conditions after the Great Recession may have led some students to take jobs rather than enroll in college.

David Bills, a University of Iowa sociologist who studies education, said it’s not impossible that there could be some relationship between campus carry and enrollment declines, but he said he’s never seen research on this question.

"Establishing a causal relationship between a particular law and enrollment trends would demand a very rigorous research design," Bills said. "The standard of evidence would have to be pretty high. … If that research exists now, I'm not aware of it."

His evidence for this assertion was one newspaper article that speculated that campus carry was a reason why international enrollment has declined in Texas. But that’s a far narrower finding than he indicated -- and other factors have as good a claim, if not a better one, for being the driver of that decline.

When we looked at the numbers more broadly, there is no consistent pattern in states’ enrollment fluctuations following the enactment of campus carry laws. In fact, a slight majority of states either saw increases or a zig-zagging trend line. And even in the states where enrollment dropped, it is hard to say that campus carry was the reason.

We rate his statement False. 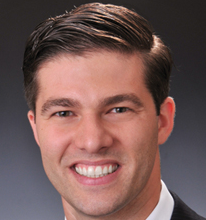 Board of Regents, Semester Enrollment Report, accessed on March 27, 2019

The CB, Enrollment Statewide by Institution Type, accessed on March 20, 2019

E. Gordon Gee
stated on January 14, 2019 an op-ed:
West Virginia has "the nation’s lowest workforce participation rate, which hovers around 50 percent, when the national average is about 63 percent."

Shelley Moore Capito
stated on January 3, 2019 an op-ed:
"Our economy is growing at its fastest pace in nearly four years. Unemployment is at an all-time low."