Cheri Toalson Reisch
stated on April 1, 2019 in in the state House during discussion of a criminal justice bill:
"We have an unemployment (rate of) 1.5 in Boone County, and we can’t find enough workers."

Missouri Rep. Cheri Toalson Reisch has been working since 2017 to pass a bill that would prevent the state from prohibiting felons and other convicted criminals from working for businesses that sell alcohol and lottery tickets.

During a discussion of the bill on April 1, Reisch brought up the job market in her district, pointing to low unemployment.

"We have an unemployment [rate of] 1.5 in Boone County, and we can’t find enough workers," Reisch said. "This [bill] will allow employers to hire felons if they want to."

We decided to see if these unemployment figures hold up. When asked where she got her data, Reisch explained that she was referring to a figure that measured the unemployment rate in the Columbia, MO Metropolitan Statistical Area, which consists of Boone County, during October 2017, citing a Columbia Tribune article.

Reisch’s claims do match the preliminary statistics found in a U.S. Bureau of Labor Statistics news report released in November 2017, but more recent data shows that the unemployment rate has not stayed the same.

The unemployment rate measures the number of unemployed people, which refers to those who were not employed during the time of measurement, were currently available for work and were actively looking for a job, as a percent of the civilian labor force. 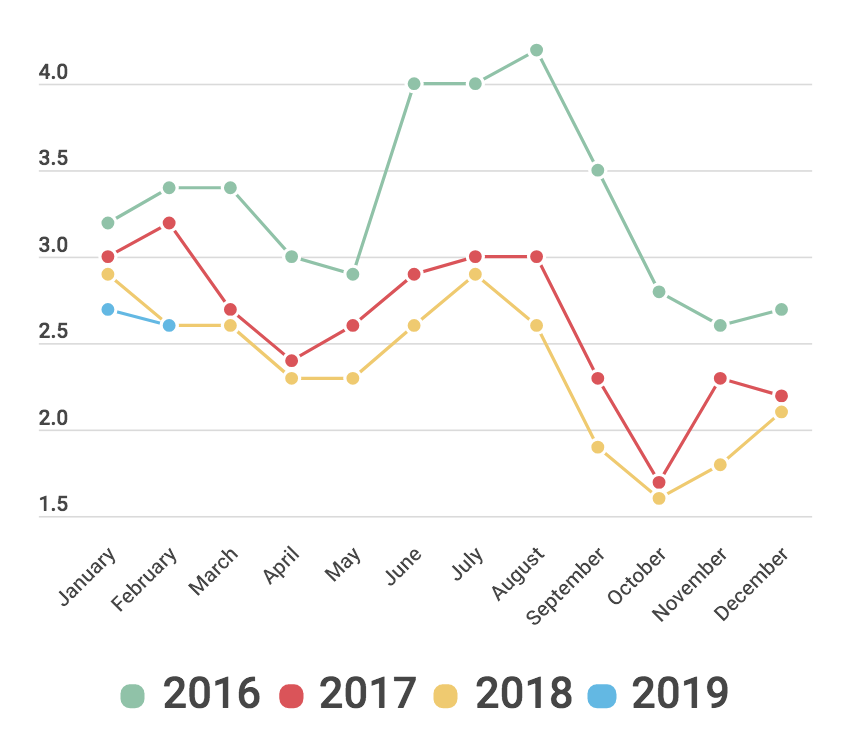 Is this difference statistically significant? The Bureau of Labor Statistics does not release confidence intervals for metropolitan statistical area unemployment rates, but we do know that these estimates are subject to sampling and other errors.

Compared to other cities and towns in the U.S., Columbia does have a low unemployment rate. 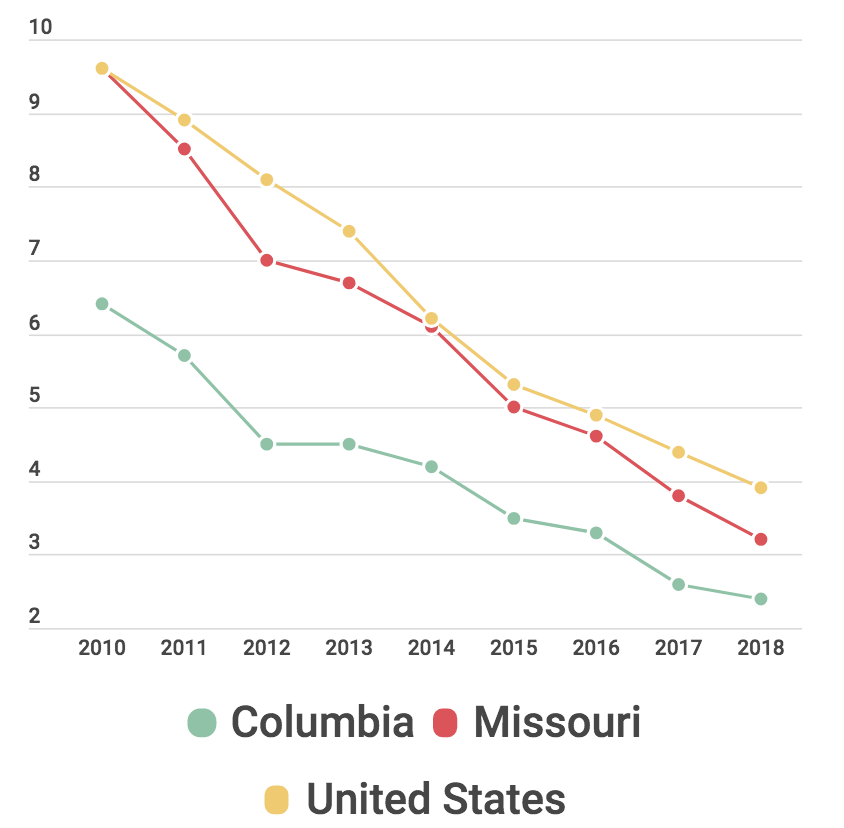 When Reisch has repeated her claim on unemployment in the past, she has included this in her talking points.

"This [the 1.5 percent figure] is the second-lowest [unemployment rate] in the country," Reisch said on March 28. "We cannot find enough employees.  We would like to put these felons to work. We need them to avoid recidivism and make a better live for themselves and their families."

Reisch said she based this claim on the same Bureau of Labor Statistics Data from October 2017. As of February 2019, Columbia is actually tied for the spot of 10th-lowest unemployment rate.

There are several possible explanations for the low unemployment rate in Reisch’s district.

Bernie Andrews, Executive Director of Regional Economic Development Inc., a Columbia and Boone County economic development organization, notes that Columbia has a diverse business economy based on stable industries such as education, health care and insurance.

In addition, Columbia and Boone County both have high rates of education. The unemployment rate for people with a college education is lower than that of the average civilian population.

According to Census data, 54.3 percent of people 25 or older in Columbia have a bachelor’s degree or higher. For Boone County, that figure is 45.9 percent. In comparison, the national average is 30.9 percent.

Reisch said, "We have an unemployment [rate of] 1.5 in Boone County, and we can’t find enough workers."

Reisch’s figures do not reflect the most recent data, but her point that her district has one of the lowest unemployment rates in the nation still stands.

Cheri Toalson Reisch
stated on April 1, 2019 in the state House during discussion of a criminal justice bill:
"We have an unemployment (rate of) 1.5 in Boone County, and we can’t find enough workers."

Jason Smith
stated on January 30, 2019 a tweet:
Federal workers "are paid well above the HOUSEHOLD income in southern Missouri."