Wiley Nickel
stated on February 20, 2019 in a tweet:
Says a Republican bill "pays for school construction with teacher pay raises."

The worksite at the new Oakview Elementary School is full of activity as construction continues Tuesday, December 8, 2015 in Holly Springs, N.C. (News & Observer)

North Carolina needs new school buildings, but leaders disagree on how to pay for them.

In December, Republican House Speaker Tim Moore announced his support for putting a $1.9 billion school bond on the ballot in 2020.

In response, Democrats argued that the Senate plan uses money that could go toward other priorities. On Feb. 20, Democratic state Sen. Wiley Nickel took it a step further.

His tweet then concludes with an image of the words, "NC teachers shouldn’t have to pay the price for school construction."

Politicians often try to extrapolate negative consequences from legislation they oppose – even if those consequences are unlikely or uncertain. Nickel’s tweet is a prime example of a claim that should raise eyebrows. It suggests elected officials would take money away from teachers (who vote) and put it toward buildings (which don’t vote).

PolitiFact looked at the bill in question, SB 5, to answer the question: Does it take money earmarked for teacher salaries and put it toward capital projects?

No. We found no evidence that the bill affects teacher salaries or potential raises.

The bill calls for using money from the State Capital Infrastructure Fund, a new fund created in 2017 that’s expected to receive 4 percent of tax revenues this year.

"Senate Republicans propose increasing the contribution to the fund to 4.5 percent of tax revenue, and letting K-12 schools use some of the money for school construction," The News & Observer reported.

"We have looked at the bill and the answer to your first question is no. The bill does not use money allocated for educator compensation," said Drew Elliot, communications director for NC DPI.

PolitiFact also asked DPI if the bill could affect teacher salaries in the future. That’s "difficult to answer without knowing the larger context of a full budget bill," Elliot said.

Contacted by PolitiFact, Nickel acknowledged that there’s no mention of teacher salaries in the school construction proposal. He said it drains money from the state’s general fund, leaving the state with less money for other projects.

As Nickel sees it, the Senate GOP plan leaves the state with one of three options in crafting a budget:

• Increase in sales taxes and fees to cover the difference

• "More budget cuts to departments that have already endured massive cuts to staff and services under their spending plan."

Nickel isn’t the only one who says he’s worried about the plan affecting future spending. Joe Coletti, senior fellow at the John Locke Foundation, a conservative think tank, told the Carolina Journal that the legislature may choose to use other funds if tax revenues ever decrease.

However, those predictions and concerns are over hypotheticals. They don’t reflect the immediate impact of the Senate’s plan for funding school construction.

Nickel said SB 5 "pays for school construction with teacher pay raises." This is a rhetorical point that could be taken literally.

It’s possible the bill would leave less money for teacher pay raises and other budget priorities. But the bill itself doesn’t directly take money from teacher salaries or divert money away from them. We rate this False. 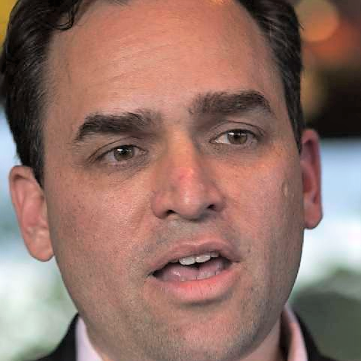 A tweet by Wiley Nickel, state Senator from Wake County.

Stories by The News & Observer, "NC Senate Republicans say this plan will raise $2 billion for school construction," published Jan. 30, 2019; "NC lawmakers rejected a $2B bond for school building. Now they want to bring it back," published Dec. 13, 2019.