Henry Cuellar
stated on February 22, 2019 in a press conference:
Says President Donald Trump "put out a $297 million contract to a vendor to show him how to hire Border Patrol. So, the first payment they made was $14.8 million. You know how many Border Patrol they hired with $14.8 million? Two."

"(President Donald Trump) put out a $297 million contract to a vendor to show him how to hire Border Patrol. So, the first payment they made was $14.8 million. You know how many Border Patrol they hired with $14.8 million? Two, " Cuellar said during a Feb. 22 press conference in Laredo, Texas.

Were only two Border Patrol agents hired under a $14.8 million initial payment of a $297 million contract?

Cuellar’s broad claim of a troubled hiring process is accurate. But his statement overlooks some details, and the dollar figure he cited is slightly higher than the initial payment.

The federal government has had problems finding and keeping people to work as Border Patrol agents, so it decided to turn to the private sector for help.

The Office of Inspector General within the Department of Homeland Security audited the contract in response to hotline complaints about the contract. The inspector general’s office in a December 2018 report said that Accenture had not delivered the promised hiring process or results and relied on government resources to fulfill its obligations. It detailed several other concerns.

"CBP risks wasting millions of taxpayer dollars on a hastily approved contract that is not meeting its proposed performance expectations," the report said. "CBP must hold the contractor accountable, mitigate risk, and devise a strategy to ensure results without additional costs to the government."

As of Oct. 1, 2018 — 10 months into the contract — Customs and Border Protection had paid Accenture about $13.6 million for startup costs, security requirements, recruiting, and applicant support. "In return, Accenture has processed two accepted job offers," the report said. Cuellar’s office said his claim was based on this finding.

The inspector general’s office told PolitiFact that those two accepted job offers processed by Accenture were for a Border Patrol agent and for a Customs and Border Protection officer. (CBP officers work at ports of entry and don’t necessarily go out on patrol duties.)

Government acknowledges challenges, but says the $13.6 million hasn’t been futile

Customs and Border Protection referred PolitiFact to a statement it issued after the report’s publication.

"While we take some exception to the OIG’s characterization of the contract, we do agree the contract has been a challenge, primarily due to the innovative efforts by both parties, and we are reviewing how best to use it moving forward," said part of the statement.

The inspector general’s report also included Customs and Border Protection’s response to the audit. The agency said it was inaccurate to say that the $13.6 million only yielded two accepted job offers, because Accenture also "created a hiring structure, tailored technology solutions to support and manage the hiring process, stood up an applicant care center, marketed and recruited thousands of new applicants, and conducted many of the hiring steps for several thousand applicants."

The inspector general’s officer countered that response, saying, "While we recognize that CBP has worked with Accenture to establish hiring activities, we stand by our statement that such activities have resulted in only two accepted job offers as of Oct. 1, 2018."

One of the issues flagged by the report was a period when neither Accenture nor Customs and Border Protection could determine which applicants were recruited by Accenture, due to Office of Management and Budget restrictions and privacy concerns.

Accenture also did not always provide human resource personnel and the people needed to conduct background investigations. And even though Accenture said it could provide an innovative applicant tracking system, it used the government’s hiring system instead, the inspector general report said.

Due to those shortcomings, the government modified the contract and gave the company a three-month interim period (March through June 2018) to fix those issues. During this period, Customs and Border Protection did a lot of the work Accenture was supposed to be doing. And because Accenture couldn’t determine which applicants it recruited, the government agreed to give them credit and "temporarily pay Accenture for a percentage of all applicants regardless of whether CBP or Accenture processed the applicants."

"As of Oct. 1, 2018, CBP had processed 14 applicants on behalf of Accenture. All 14 applicants accepted job offers, and seven of the 14 entered on duty, which translated to payment of approximately $500,000 to Accenture for work CBP had completed," the report said.

So, even though there were these additional hires, it’s unclear if they were employed due to Accenture’s recruitment efforts.

The inspector general’s report said Accenture was "nowhere near satisfying its 7,500-person hiring goal over the next 5 years."

Customs and Border Protection told PolitiFact there were "new hires from Accenture" brought onboard and others who had accepted job offers since the Oct. 1, 2018 date referenced in the report.

It’s unclear how many were Border Patrol agents, how many were exclusively recruited and processed by Accenture, and whether they were covered in the initial payment to Accenture.

Cuellar said, Trump "put out a $297 million contract to a vendor to show him how to hire Border Patrol. So, the first payment they made was $14.8 million. You know how many Border Patrol they hired with $14.8 million? Two."

An inspector general report said that as of Oct. 1, 2018, Customs and Border Protection paid Accenture about $13.6 million for startup costs, security requirements, recruiting, and applicant support. The company to that date had processed two accepted job offers, the report said. One of them was a Border Patrol agent, the other a Customs and Border Protection officer.

The report mentioned 14 other accepted job offers processed by Customs and Border Protection on behalf of Accenture. But due to deficiencies in the contract, it’s unclear if those 14 were hired because of Accenture’s recruitment.

Cuellar’s statement is accurate but needs clarification. We rate it Mostly True.

PolitiFact Rating:
Mostly True
Says President Donald Trump "put out a $297 million contract to a vendor to show him how to hire Border Patrol. So, the first payment they made was $14.8 million. You know how many Border Patrol they hired with $14.8 million? Two."
Henry Cuellar
U.S. Representative 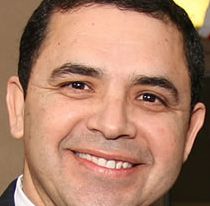