Shelley Moore Capito
stated on September 19, 2019 in a Facebook post:
"On average, one person dies by suicide every 22 hours in West Virginia."

Sen. Shelley Moore Capito, R-W.Va., recently sought to raise awareness about suicide, focusing on its toll in her home state.

"On average, one person dies by suicide every 22 hours in West Virginia," Capito said in a Facebook post on Sept. 19.

She went on to note her efforts with two Senate colleagues, Cory Gardner, R-Colo., and Doug Jones, D-Ala., to pass the Suicide Training and Awareness Nationally Delivered for Universal Prevention, or STANDUP, Act, which would expand efforts to educate young people about mental health resources.

Is Capito correct about the frequency of suicide in West Virginia? Capito’s office did not respond to an inquiry for this article, but we were able to find statistics that backed up her assertion.

We turned to the Center for Disease Control and Prevention’s WISQARS database, which includes data as recently as 2017. The database shows that there were 393 suicides in West Virginia.

With 8,760 hours in a year, that comes out to about one suicide every 22.3 hours, making Capito’s statistic correct. 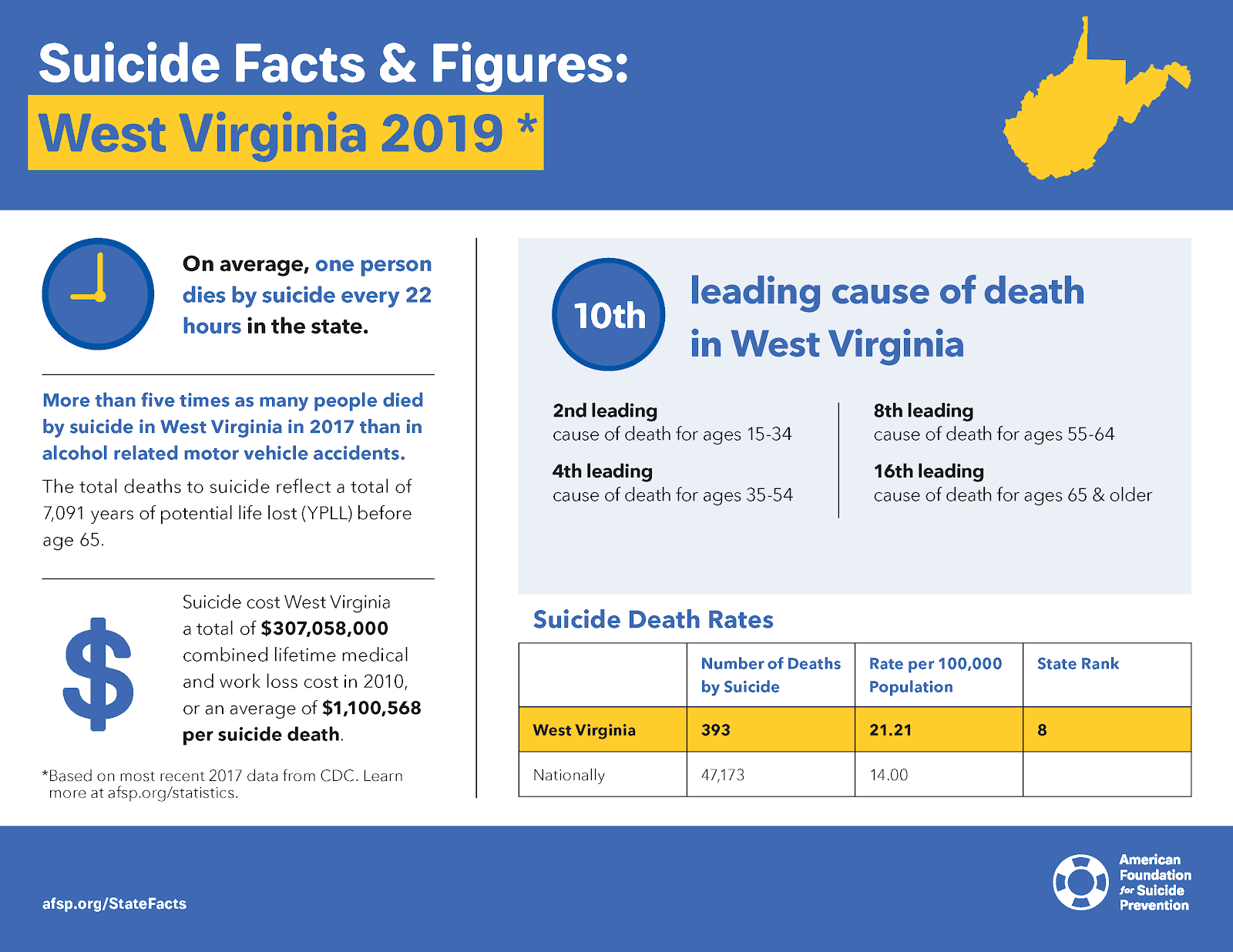 We checked with both the American Foundation for Suicide Prevention and University of Denver associate professor of social work Stacey Freedenthal, a specialist in suicide, and both agreed that there are no complications with the data that would undercut Capito’s statement.

Capito said, "On average, one person dies by suicide every 22 hours in West Virginia." This statistic is backed up by official data from the Centers for Disease Control and Prevention, so we rate her statement True.

Shelley Moore Capito
stated on September 19, 2019 a Facebook post:
"On average, one person dies by suicide every 22 hours in West Virginia."

West Virginia Republican Party
stated on August 27, 2019 a tweet:
"Women’s unemployment has been lower under President Trump than it’s been in nearly 70 years."