Jay Inslee
stated on April 19, 2020 in an interview on ABC's "This Week":
Stay-at-home orders “actually are the law of these states.”

Washington Gov. Jay Inslee, right, greets a worker at the seafood counter of the Uwajimaya Asian Food and Gift Market on March 3, 2020. (AP)

• Many stay-at-home orders have been issued in the form of executive orders or proclamations, including Inslee’s, making them different from a typical law that is passed by the legislature and signed by the governor.

Washington Gov. Jay Inslee, who issued some of the earliest social-distancing orders of any governor to combat the spread of the coronavirus, took issue with President Donald Trump’s tweeted solidarity with protesters in several states who were demanding an end to stay-at-home orders.

On April 17, Trump tweeted, "LIBERATE MICHIGAN," "LIBERATE MINNESOTA," and "LIBERATE VIRGINIA," apparently referring to demonstrations at state capitols where protesters called for lifting restrictions aimed at preventing the spread of the coronavirus.

On the April 19 edition of ABC’s "This Week," host George Stephanopoulos asked Inslee, a Democrat, for his reaction to Trump’s tweets.

"We have an order from governors, both Republicans and Democrats, that basically are designed to protect people's health, literally their lives, (only) to have a president of the United States basically encourage insubordination, to encourage illegal activity. These orders actually are the law of these states. And, again, these are not just Democrats. These are Republican-led states as well. To have an American president to encourage people to violate the law, I can't remember any time during my time in America where we have seen such a thing."

We wondered whether it’s accurate to call state stay-at-home orders "laws," and whether they conflict with freedoms of speech and assembly under the First Amendment. So we asked legal experts.

They agreed that while most fall under the heading of "proclamations" or "executive orders," they were issued under legal authority delegated by legislatures, meaning that have the same practical effect. The orders also would have a good chance of being deemed constitutional in court, they said.

What have governors ordered?

By now, most states have issued a stay-at-home order and/or requirements for business closures. (The National Governors Association has the complete list.)

However, most of these were not laws passed by the legislature and signed by the governor — the typical way of passing a state law. Instead, many of them have been made through executive orders, such as California, Colorado, Connecticut, and Illinois. Others have been made in the form of a "proclamation," such as the orders in Louisiana; a "directive," as was issued in Utah; or simply an "order," as in Idaho.

In Inslee’s case, he signed a proclamation establishing stay-at-home rules for Washington state.

A spokesman for Inslee said, however, that the proclamation was tantamount to a law, because it was made under authority delegated to the governor’s office by another law that had been passed the conventional way.

Inslee’s order was enacted under Washington’s emergency powers law, which authorizes him to "proclaim a state of emergency" and make a series of prohibitions pursuant to that emergency, such as "prohibiting ... any person from being on the public streets." 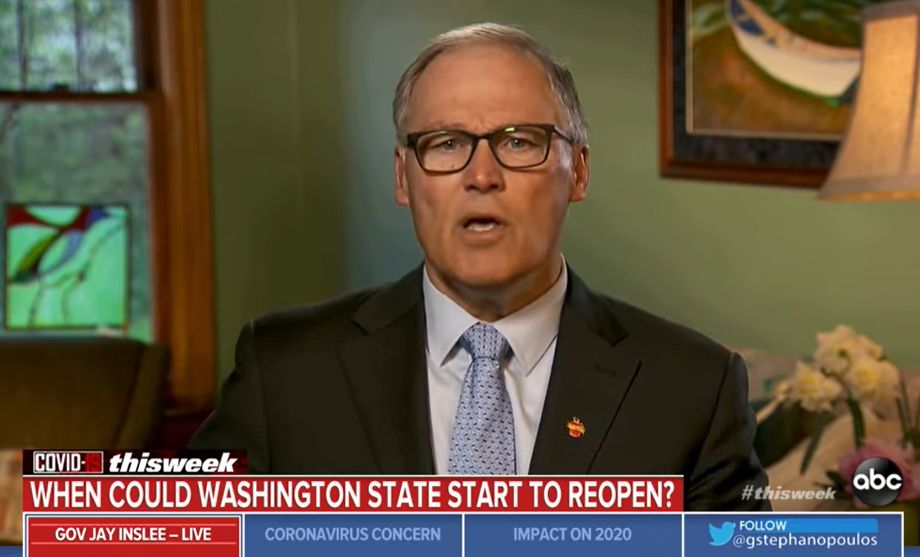 Experts told PolitiFact that despite the linguistic and procedural differences between orders and law, the stay-at-home orders effectively carry the force of law.

"Calling it ‘the law of the state’ is fair," said I. Glenn Cohen, a Harvard Law School professor. "Statutes passed by legislatures are what most people think of when one says ‘laws,’ but from a lawyer’s point of view, a common-law decision by a judge, a regulation, or an action by the governor would all qualify broadly as ‘the law.’"

James G. Hodge Jr., director of the Center for Public Health Law and Policy at Arizona State University, called it "entirely accurate" to consider an executive order to be a law.  Laws can be derived from a constitution, a statute, a regulation, case law, "or orders implemented through legal means, including emergency powers invoked by governors."

One thing many orders have in common with laws is enforcement power.

Under Inslee’s order, certain violations can result in a misdemeanor. Several other states — including California, Hawaii, Michigan and Oregon — explicitly label violations as potential misdemeanors. New Jersey specifies that violators could be subject to disorderly-conduct charges, carrying imprisonment of up to six months or a fine. (The National Governors Association has a list of selected states’ enforcement powers here.)

Just because law enforcement has arrest power in many of these states doesn’t mean they’ll be eager to use it.

"Police can and do enforce stay-at-home orders, but arresting violators and jailing them would defeat the purpose of the order," said Nicole Huberfeld, a professor of health law, ethics and human rights at Boston University School of Public Health.

Inslee’s spokesman, Mike Faulk, said his boss is not eager to use law-enforcement powers.

"Do we want to bring charges against people? No, we never have," Faulk said. "That’s why we are focused on education and soliciting voluntary compliance before taking legal or regulatory action."

What about the First Amendment?

In the 1905 case Jacobson v. Massachusetts, for example, the Supreme Court ruled 7-2 that a mandatory vaccination law was a legitimate exercise of state power to protect public health and safety.

As for the First Amendment, there are several longstanding exceptions, including the famous "falsely shouting fire in a theatre and causing a panic" exception, which dates back to the unanimous 1917 decision in Schenck v. United States.

"Time, place, and manner restrictions on speech, including protests, so long as they are not targeted to a particular message, are frequently upheld," Huberfeld said. In addition, she said, "government authority to protect public health, safety, and welfare tends to be read more expansively during an emergency. While silencing people totally would be questionable, during a pandemic that involves a highly contagious disease, the government may find it necessary to prevent public gatherings until such gatherings are deemed safe by health experts."

Hodge agreed. "The government can shut down protests to the extent they involve physical gatherings of persons in violation of specific state-based emergency orders," he said. "Rights to speech and assembly do not constitutionally include endangering the health of others, especially in pandemic circumstances involving an easily spread, deadly condition like COVID-19."

Inslee said that stay-at-home orders "actually are the law of these states."

Technically, many have been issued in the form of executive orders or proclamations, rather than a conventional law passed by the legislature and signed by the governor. However, a broad range of legal experts said that executive orders, proclamations and similar orders are equivalent to legislature-passed laws and can be enforced in essentially the same way, and in tandem with existing laws such as disorderly conduct.

Governor of Washington, "Proclamation by the Governor Amending Proclamation 20-05," March 23, 2020