Some people just don’t get a joke.

An April 22 Facebook post had a mock screenshot of beachgoers crammed cheek by jowl to enjoy the waves at Arizona’s ever popular seaside. The image looked as though it was pulled from television news and under the headline, "Crowded beaches in AZ," was the summary "People defying stay-at-home order fill Arizona beaches." (We tweaked the image to avoid spreading bad information.) 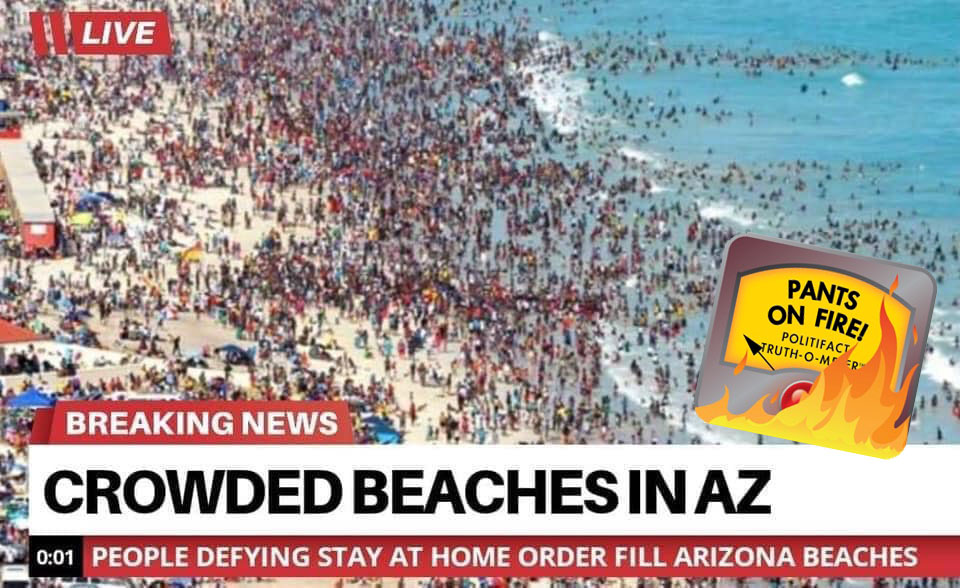 Some users appreciated the phony timestamp of 0:01.

We might have given this item a pass as all in good fun. Except some users were taken in.

"Are people really that ignorant?" one person commented.

"Wow, this took me forever until I realized AZ doesn’t have beaches, does it?" said another.

Arizona has much to recommend it, but ocean frontage isn’t one of them. The closest major beach lies along the Gulf of California, in Mexico, about 50 miles from the border. 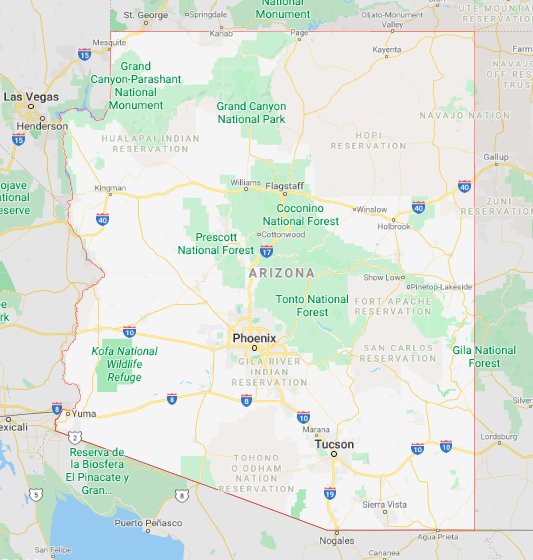 Arizona does have its sandy deserts, and it has plenty of places to swim. There are lakes, rivers and swimming holes, with small patches of sand. Lake Havasu State Park on the state’s western border with California has some beachfront looking out on its placid reservoir.

But the surfing is a lot better at Muizenberg Beach in Cape Town, South Africa, which is where this image appears to be from, judging by the row of painted huts on the sand.

Arizona Gov. Doug Ducey issued a stay-at-home order that runs through April 30, and has made no decision on whether to extend it. He said he’ll be looking at the trends in coronavirus cases.

Meanwhile, save your swimsuit for Arizona’s swimming holes and go after the crisis passes.

Steve Scalise
stated on February 21, 2021 an interview on ABC News' This Week:
“There's over a trillion dollars of money unspent from previous (coronavirus) relief bills ... still sitting in a bank account.”

Joe Biden
stated on February 16, 2021 a CNN town hall in Milwaukee.:
“There is a consensus among economists left, right, and center… that we can’t spend too much” on COVID-19 relief.

DCCC
stated on February 2, 2021 an attack ad:
Says Rep. Brian Fitzpatrick, R-Pa., “stood with Trump and the lies… He stood with QAnon, not you.”

Rick Scott
stated on February 1, 2021 a press release:
States are seeing increases in revenue, with an average decline of just 0.12% compared with 2019. Over half of states report positive growth, including California, New York, and Illinois.

Joe Biden
stated on January 27, 2021 remarks when signing climate change executive orders:
“84% of all new electric capacity planned to come onto the electric grid this year is clean energy.”

Rick Scott
stated on January 20, 2021 a statement given to the press:
The Paris Climate Agreement is “bad for America,” because it "does nothing to hold real polluters, like Communist China and India, accountable."