Viral image
stated on February 27, 2020 in a Facebook post:
"Akira’ is a 1988 movie about an apocalyptic event taking place months before Tokyo 2020 Olympics, showing the (World Health Organization) advising Japan to postpone the Olympics because of a pandemic risk"

The coronavirus is a global pandemic, according to the World Health Organization. But it is not one that was predicted by the 1988 Japanese thriller "Akira."

"‘Akira’ is a 1988 movie about an apocalyptic event taking place months before Tokyo 2020 Olympics, showing the WHO advising Japan to postpone the Olympics because of a pandemic risk," reads the first panel of the image.

The post, which had been shared more than 32,000 times as of March 11, makes it seem as though "Akira" predicted an outbreak like that of the coronavirus decades ago. But almost none of its claims are true.

Yes, in "Akira" the city of Neo Tokyo is scheduled to host the 2020 Olympic games. Neo Tokyo is the name of the city built after Tokyo was destroyed by a massive bomb in 1988 at the very beginning of the film. 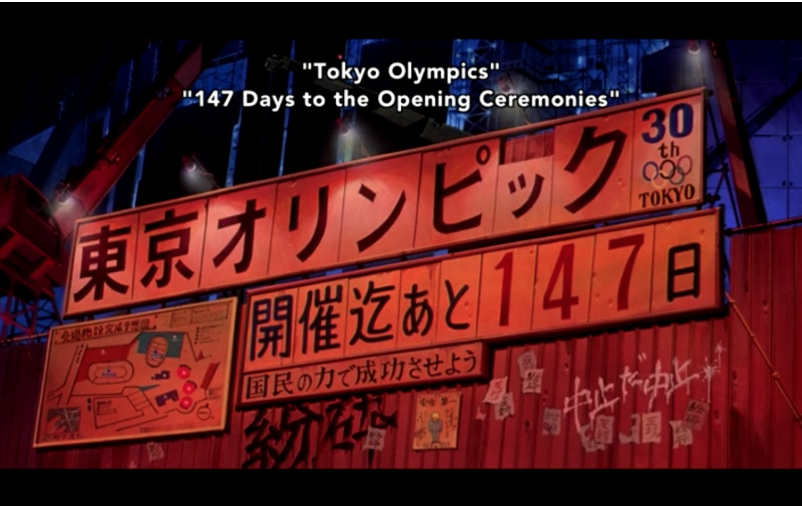 The film, which is available to watch on Hulu in both an English-dubbed version and a Japanese version with English subtitles, is an adaptation of Otomo’s popular comic book series. It tells the story of a teenage biker gang that roams the streets looking for trouble, until the group accidentally gets caught up in a secret government experiment that involves children with psychic abilities.

The plot is complex and culminates in an epic battle against an overwhelming energy force, but there is no outbreak of disease. The WHO was not present and not mentioned at any point in the film. The topic of canceling the Olympics was never discussed on screen, though when Mashable Southeast Asia looked into this conspiracy, they reported that some of the graffiti on the sign that counts down to the opening ceremonies reads, "Just cancel it," in Japanese.

Furthermore, the "apocalyptic event" the post seems to refer to occurs within the first two minutes of the film. A massive explosion destroys Tokyo, but this takes place in 1988 before the film jumps in time to 2019.

A social media post claims that the film "Akira" shows "the WHO advising Japan to postpone the Olympics because of a pandemic risk."

In the film, there is no outbreak of disease, the WHO never makes an appearance, and the Olympics aren’t canceled due to a pandemic risk. (It is also worth noting that the WHO has not advised Japan to cancel the 2020 Tokyo Olympics at this point.)

Facebook posts
stated on November 16, 2021 a Facebook post:
“The FBI is using its counterterrorism division to investigate and add ‘threat tags’ to parents who are protesting school boards.”

Conservative Beaver
stated on November 10, 2021 a blog post:
“Wife of Pfizer’s CEO dies after complications from the vaccine.”

Facebook posts
stated on October 31, 2021 a Facebook post:
The premier of Australia’s Victoria state “is freezing people’s bank accts” if they are not vaccinated. “They can’t buy or sell until forced into submission.”

Viral image
stated on October 7, 2021 a Facebook post:
“Roe was the end of women dying from abortions.”

TikTok posts
stated on August 28, 2021 a TikTok video:
Says doctors received a letter stating that if they “say anything bad about the vaccine,” they are “at risk of losing their medical license. How messed up is that s---?”

Bloggers
stated on August 31, 2021 a blog post:
“Bill Gates calls for the withdrawal of all Covid-19 Vaccines; ‘The vaccines are far more dangerous than anyone imagined.’”

Facebook posts
stated on August 23, 2021 a Facebook post:
Walmart is “kidnapping kids” and selling them, and this can be proven by searching “girls shoes $5,000” on Walmart.com.

Erin Marie Olszewski
stated on August 2, 2021 an Instagram post:
“It’s not unusual for hospitals to sit at max or near max capacity on any given day.”

Facebook posts
stated on July 21, 2021 a Facebook post:
A photograph shows members of the U.S. women’s soccer team kneeling during the national anthem at the Tokyo Olympics.

Tweets
stated on July 15, 2021 a tweet:
“You must give EVERY PENNY” of the advance child tax credit payments back when you file your 2021 taxes.