Facebook posts
stated on July 25, 2021 in a Facebook post:
"Kansas City Chiefs QB Patrick Mahomes has left training camp and says he will ‘not play another down in the NFL’ until the team changes their name.”

The July 25 post said, "Kansas City Chiefs QB Patrick Mahomes has left training camp and says he will ‘not play another down in the NFL’ until the team changes their name."

This is not true.

The image on Facebook was of a tweet posted by a parody Twitter account, known to tweet out fake sports news. This account has impersonated other sports writers before and tweeted out falsehoods that have even fooled sports journalists, with one alleging that a football player wouldn’t listen to advice from his teammate since the teammate supported former President Donald Trump.

In a reply to the original tweet about Mahomes, the author then fabricated a quote purportedly from a press conference where Mahomes said he was disgusted with himself for playing on a team with a racist name.

The link to the press conference led to a parody video.A few days later the same account referred to this tweet and said, "Reminder that a large majority of the people who fell for this tweet are allowed to vote."

Mahomes led the Chiefs to victory in Super Bowl LIV in 2020, and signed a historic $503 million contract later that year.

The Chiefs are named after former mayor of Kansas City, Mo., Harold Roe Bartle, who was nicknamed "Chief" and helped persuade the team’s owner to move the team from Dallas to Kansas City in 1963. But they and other sports teams at all levels have come under pressure to stop using Native American names, mascots and other imagery. 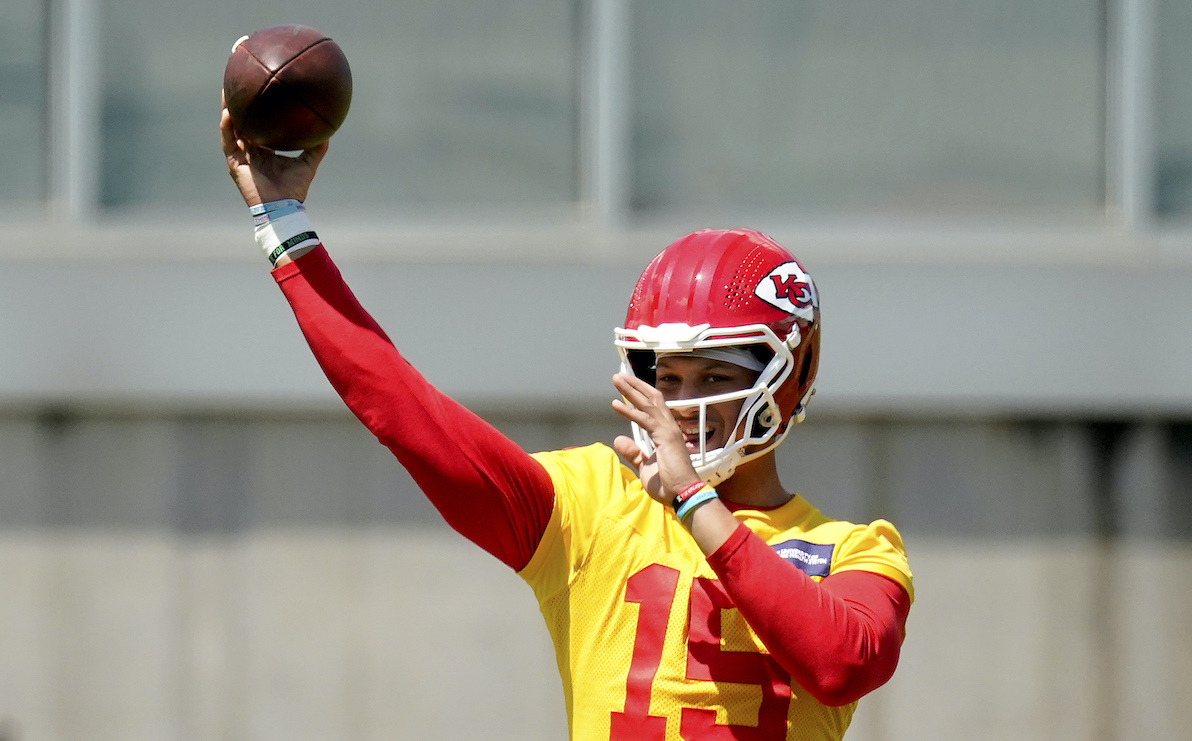 Chiefs President Mark Donovan said at a July 26 news conference that the Chiefs would keep their name. The Chiefs have been collaborating for over seven years with the American Indian Working Group to "gain a better understanding of issues for ourselves, while identifying ways to create an awareness and understanding of American Indian cultures," according to the team’s website.

The news conference came days after baseball’s Cleveland Indians officially announced that they would be renamed the Cleveland Guardians. In response to racial justice protests last summer, the NFL’s Washington franchise adopted the name Washington Football Team until it could settle on a new one .

A Facebook post said that Mahomes left training camp and would ‘not play another down in the NFL’ until the team changes its name.

In subsequent tweets, the author implied it was a joke and linked to a parody video.

CNN, How the Kansas City Chiefs got their name, and why it's so controversial, Feb. 1, 2020

Louie Gohmert
stated on August 11, 2021 an OAN broadcast.:
Solar panel farms cause “hundreds and thousands” of birds to “hit that magnified sun, explode in flame ... (This) is going to bring the nation down.”

Facebook posts
stated on August 2, 2021 a Facebook post:
Says Novak Djokovic said of Simone Biles: “Pressure is a privilege, my friend. ...If you are aiming to be at the top of the game you better start learning how to deal with pressure…”

Facebook posts
stated on July 25, 2021 a Facebook post:
"Kansas City Chiefs QB Patrick Mahomes has left training camp and says he will ‘not play another down in the NFL’ until the team changes their name.”

Facebook posts
stated on July 20, 2021 a Facebook post:
“Queen Elizabeth and her husband Prince Philip were found guilty in the disappearance of 10 native children from the Catholic-run Kamloops residential school”