Instagram posts
stated on October 27, 2021 in an Instagram post:
An image of a newspaper article says “True Bethel Baptist Church becomes the first church in NYS to receive a liquor license.”

Have you ever wanted to sip on a few cocktails during Sunday church?

Well, an image of a newspaper headline being shared online would have you believe you could do just that in upstate New York.

"True Bethel Baptist Church becomes the first church in NYS to receive a Liquor License: Rev. Darius Pridgen thanks Mayor Brown," reads what appears to be the lead headline on the front page of the Buffalo News newspaper. 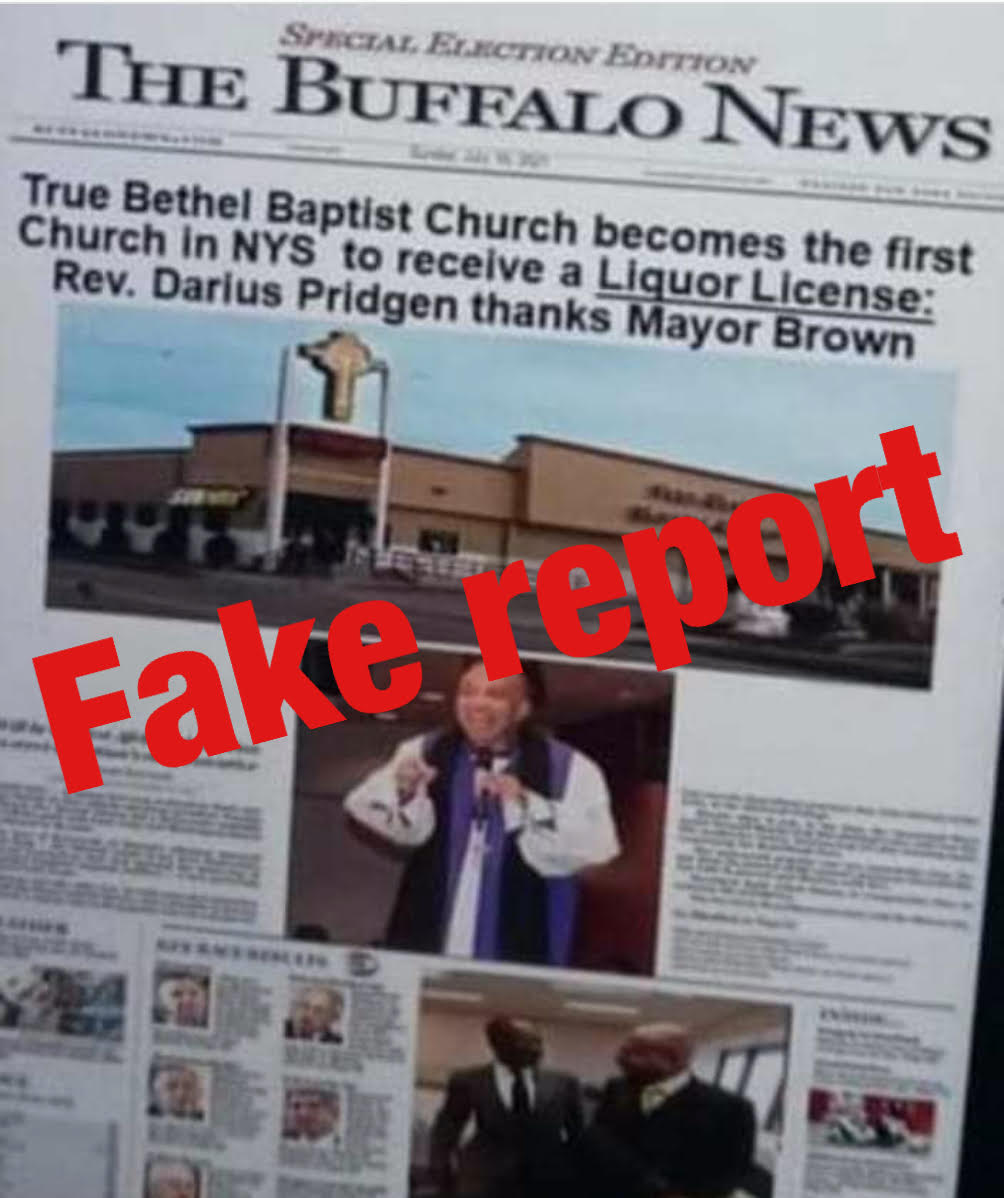 But, perhaps sadly for some, the news report is fake. The church did not receive or apply for a liquor license. There are several online tools people can use to generate fake news articles.

We could find no credible reports, from Buffalo News or any other news organization, that the church was granted a liquor license. A query on the New York State Liquor Authority website also showed no results.

True Bethel Baptist Church told PolitiFact that it does not have a liquor license and that the image reflects a fake report.