Tweets
stated on May 24, 2022 in a tweet:
The official pride flag was altered to include Ukrainian colors.

An image of an LGBTQ pride flag that incorporated Ukraine’s yellow and blue colors is circulating on social media as if it were an official gay pride flag, with users sharing the image and mocking the addition.

"They officially added Ukraine to the pride flag," one Facebook user wrote alongside the image and another graphic that said "I sexually identify as Ukrainian!"

"I’m starting to think this isn’t about gay rights anymore," a person on Twitter said.

It even caught the attention of Republican Congresswoman Marjorie Taylor Greene, who shared the image on Twitter as if it were legitimate and wrote: "Do the Nazis in the Ukrainian army know?"

But the flag is fake — it was created as satire. 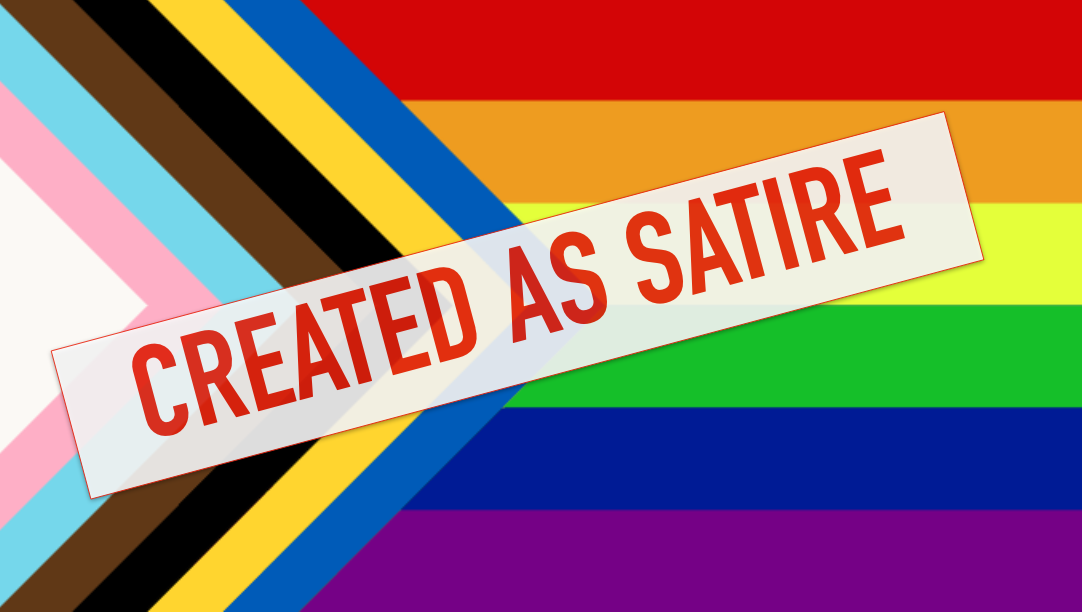 We reached out to Greene’s office for comment. Her spokesperson responded that the pride flag "itself isn’t real."

The image appears to have originated with a Twitter account with a gay slur in its handle as a means of mocking LGBTQ activists’ efforts to demonstrate inclusivity.

Many people are familiar with the rainbow flag as a symbol of gay rights and the LGBTQ community. June is the traditional month when gay pride is celebrated and rainbow flags abound.

In 2018, trans activists added a chevron and more colors to the rainbow flag and called it the progress pride flag, to specifically include transgender people, people of color and AIDS patients.

Flags associated with and used by the LGBTQ community have been in a state of evolution since the original rainbow flag was created by Gilbert Baker for the 1978 Gay Freedom Day Parade in San Francisco.

It’s important to note that there isn’t one official gay pride flag.

Activists created other flags over the years to represent different groups of the LGBTQ community. These include a trans pride flag, which has five horizontal stripes that are light blue, light pink and white, and a bisexual pride flag, which has pink on the top, royal blue on the bottom, and a purple stripe in the middle.

While the image with Ukraine’s colors originated as a joke and isn’t affiliated with any official LGBTQ organizations, Snopes reported that Dublin’s LGBTQ Pride Festival used a different flag on a flyer with Ukrainian colors on the top and bottom to welcome displaced refugees from the country.

Greene and others shared an image that showed the pride flag altered to incorporate the colors of the Ukrainian flag as if it were real.

This isn’t a genuine flag used by the LGBTQ community. It originated as satire.

We rate this False

Them.us, This Pride Flag Redesign Represents the Diversity of the LGBTQ+ Community, June 11, 2018