Viral image
stated on June 26, 2022 in a Tweet:
J.K. Rowling tweeted, “If you American birds could keep your legs closed then maybe you wouldn’t need abortions in the first place?”

Wizarding icon Harry Potter’s stance on abortion was not a likely question on readers' minds. That is, perhaps, until an image of a supposedly deleted tweet from "Harry Potter" author J.K. Rowling spread on Twitter, Facebook and Instagram on June 26, 2022.

The purported tweet reads, "If you American birds could keep your legs closed then maybe you wouldn’t need abortions in the first place?" 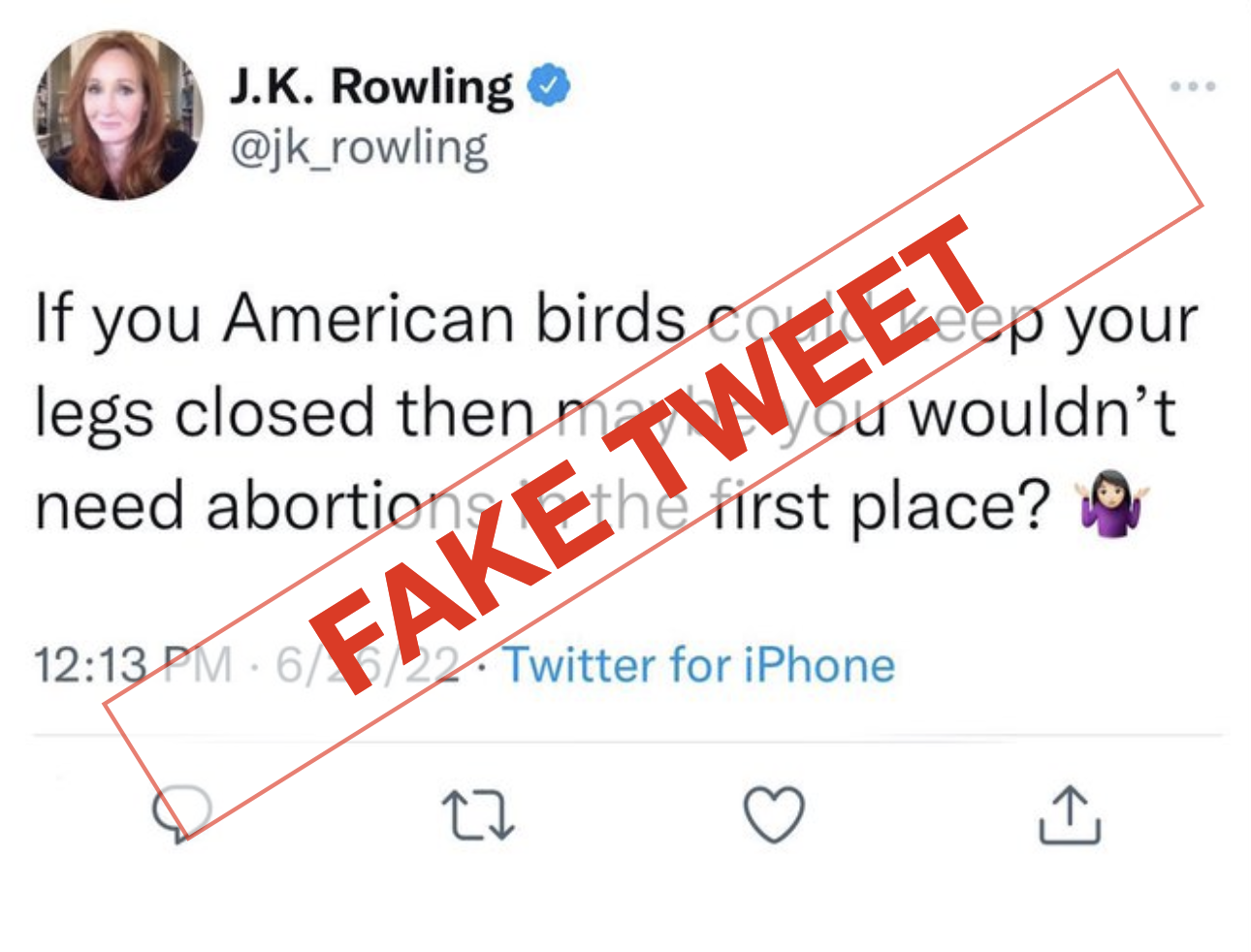 PolitiFact reached out to Rowling, but we did not hear back. However, a spokesperson for Rowling told Snopes and Reuters that the tweet was fake.

The fake tweet spread in the wake of the June 24, 2022, U.S. Supreme Court ruling that overturned Roe v. Wade. The court’s decision eliminated federal protection of abortion access and turned the decision of how to regulate abortion over to the states.

Rowling has a history of controversial tweets about the LGBTQ community, and specifically transgender people. But she has tweeted several times in support of abortion access.

On June 28, 2022, she shared a video of a British politician showing support for the Roe v. Wade decision. "More proof, as though it were needed, that women's rights are under attack across the developed world. #RoeVsWade," Rowling wrote.

On May 6, 2022, following the leaked draft of the Supreme Court opinion, she tweeted that she believes, "women all over the world should have access to safe, legal abortion."

We rate this viral image False.