Tweets
stated on March 1, 2022 in a tweet:
Video shows Ukrainian crisis actors come to life after pretending to be dead.

A video that appears to show a body suddenly moving under a plastic body bag has gone viral on social media amid Russia’s invasion of Ukraine, with claims that it shows a Ukrainian crisis actor.

The clip shows a reporter speaking to the camera as dozens of people lie under tarps behind him. One person on the ground suddenly moves, followed by someone else running over to cover them back up.

But the video is not from Ukraine and it does not reflect a news segment covering mass deaths — it’s from a protest held in Austria in early February. 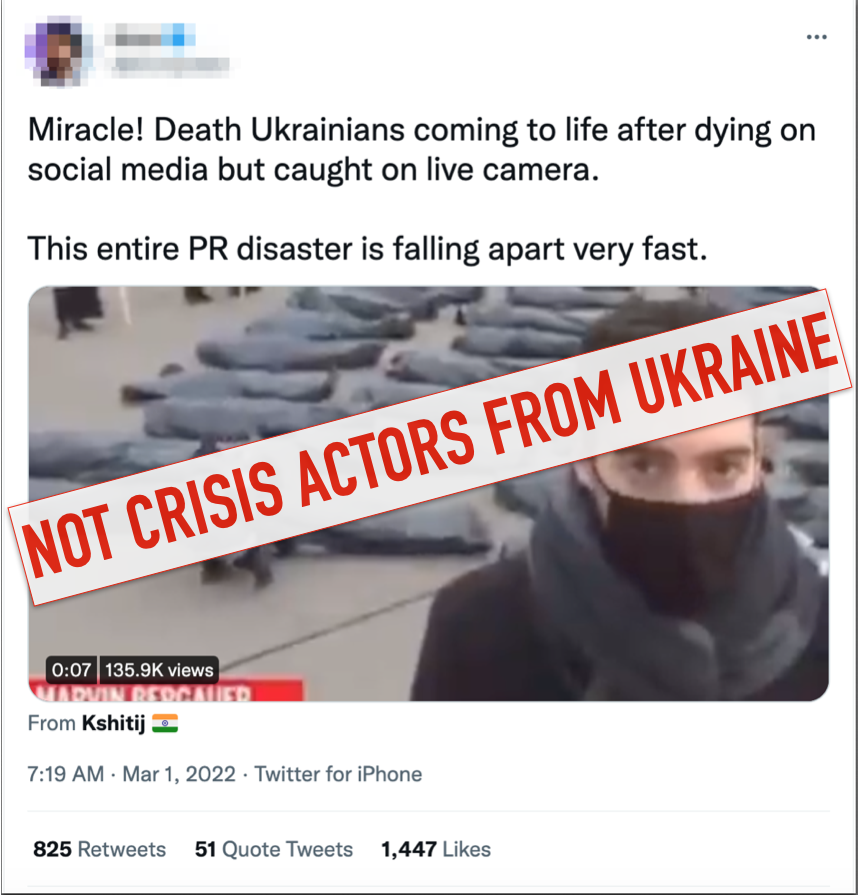 (Screenshot from Twitter)
The post was flagged as part of Facebook’s efforts to combat false news and misinformation on its News Feed. (Read more about our partnership with Facebook.)
The video has been used to spread misinformation before. PolitiFact fact-checked it shortly after the protest took place when some were falsely claiming it showed a crisis actor in Germany.
The clip is from a Feb. 4 demonstration against climate change in Vienna. The reporter, Marvin Bergauer, is from an Austrian news channel called OE24 TV and is speaking German in the video. An English translation of the chyron on the video says "Vienna: Demo against climate policy."
The people under the tarps aren’t crisis actors — from Germany, Ukraine or anywhere else — trying to fool people into thinking that they are dead. They’re protesters from Austria in a video taken before the Russian invasion of Ukraine began.
We rate this False.

The Print, Video of moving ‘corpse’ in Ukraine is actually from climate change protest in Vienna, March 2, 2022