In this Feb. 21, 2020 photo, a worker checks items on a shelf in the produce section of an Amazon Go Grocery store set to open soon in Seattle's Capitol Hill neighborhood. (AP)

But the eligibility expansion is not as sweeping as some social media users claimed.

"Ohio department of job and family has upped the threshold for snap (food stamp benefits)," read one Sept. 6 Facebook post. "Beginning now these are the new cut offs! Now, a family of three can make up to $3,660 a month and it used to be $2,700 so it’s gone up almost $1,000 a month. If you didn’t qualify before you may qualify now, check the chart below."

An image featuring household size and corresponding income thresholds was attached to the post. 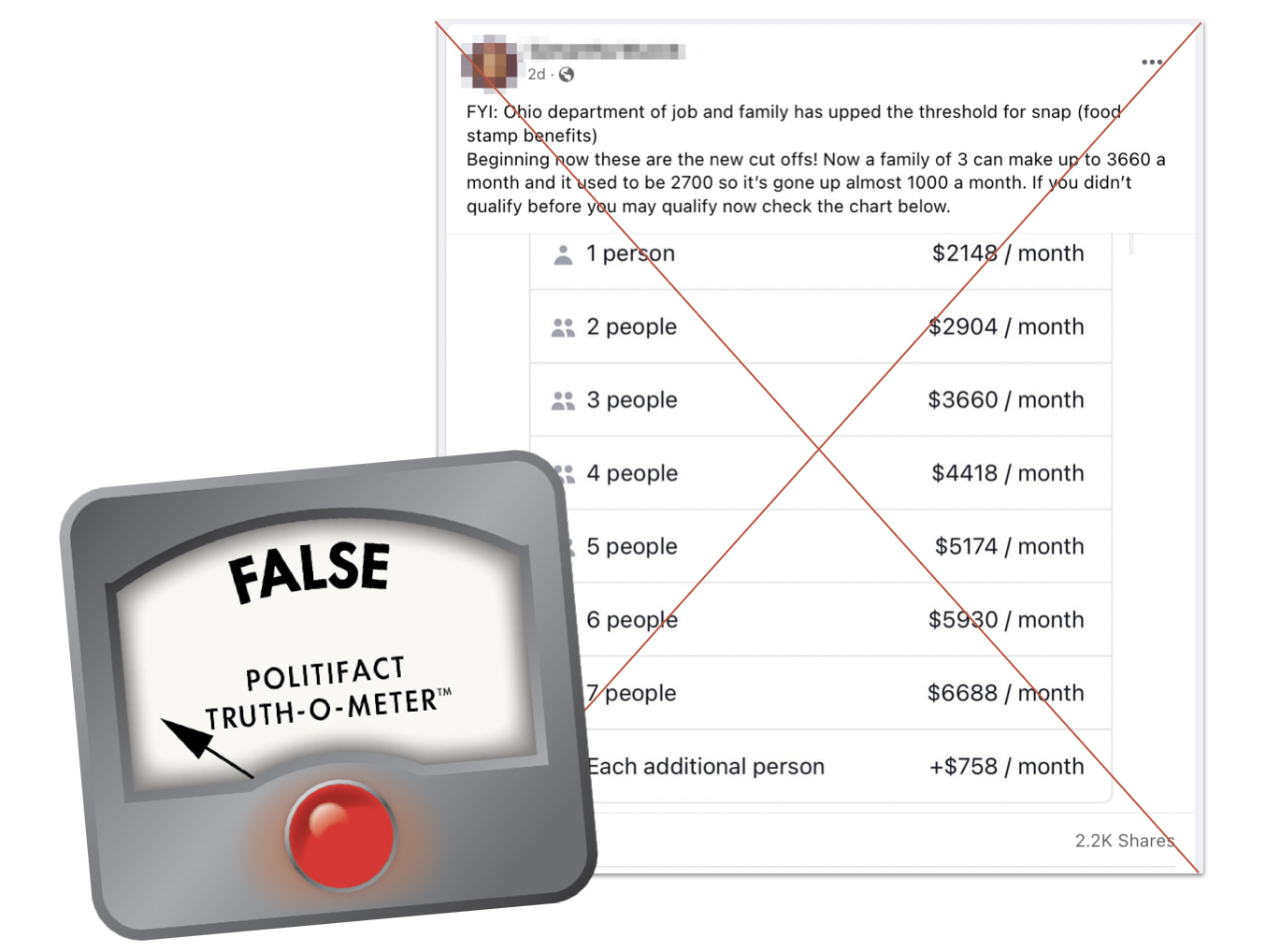 The chart shared in the Facebook post appears to have originated on Snapscreener.com, a website that says it helps people determine whether they’re eligible for SNAP benefits. The site said it takes its information from the U.S. Department of Agriculture and state SNAP resources, but cautioned it is an unofficial resource "not affiliated with any government organization."

But the Facebook user’s screenshot of the chart left out necessary context that Snapscreener.com had included. The site’s chart said it showed eligibility requirements in situations where "any household members are elderly or disabled." Those limits are higher than limits for households where that is not the situation.

That’s an increase of $116, far below what the Facebook post claimed. The increase is uniform across nearly all U.S. states.

Clemente said that every year, the USDA increases the gross income limits for SNAP benefits, and all states must implement the change. The increase is an annual cost-of-living adjustment, according to a memo from Matt Damschroder, director of the Ohio Department of Job and Family Services.

Damschroder’s memo said that for the 2023 fiscal year, gross income limits to qualify for SNAP benefits in Ohio and most other states will be as follows:

For each additional person, the gross income limit will increase by $512.

Update, Oct. 6, 2022: This fact-check has been updated to better reflect that a Facebook user shared a screenshot of a chart on Snapscreener.com and cut out necessary context from that website. The rating is unchanged.

Email interview with Dasia Clemente, a public information officer with the Ohio Department of Job and Family Services, Sept. 9, 2022