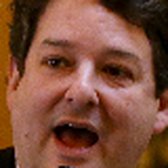 Alfonso Lopez, a Democrat, as served in the House of delegates since 2012, representing portions of Arlington and Fairfax Counties. He received a B.A. degree from Vassar College in 1992 and a J.D. from the Tulane University School of Law in 1995. Lopez served as Gov. Tim Kaine's director of the Virginia Liaison Office in Washington, where he directed  congressional and federal relations for Virginia. He also served as Kaine's representative to the National Governors Association, the Democratic Governors Association and the Southern Governors Association.