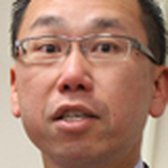 Allan Fung has been mayor of Cranston, R.I. since Jan. 5, 2009. In 2014 he made an unsuccessful run for governor as a Republican. He received his law degree from Suffolk University, worked as a prosecutor for the state attorney general's office, served as a lobbyist for MetLife and served two terms on the Cranston City Council, beginning in 2002. In his 2012 reelection bid, he was unopposed.