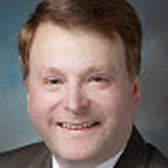 Brian Birdwell won a special election in June 2010 to fill the Texas Senate seat vacated by Kip Averitt, R-Waco. He was sworn in as senator in late July. Retired from the U.S. Army, Birdwell launched Face The Fire Ministries, a non-profit organization that supports critical burn survivors and wounded servicemen and women and their families, according to his campaign website. Severely burned in the Sept. 11, 2001 attack on the Pentagon, Birdwell says he subsequently underwent 39 operations.