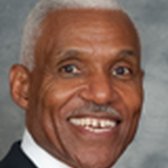 The former public defender for Shelby County has won landslide victories since first running for mayor of Shelby County in 2002, taking two county mayoral elections before winning a special election in 2009 to become Memphis's first new mayor in 18 years, succeeding Willie Herenton. Wharton won another landslide in 2011 and his first full four-year term began on Jan. 1, 2012. Wharton received his law degree in 1971, graduating with honors from the University of Mississippi Law School, where he was one of the first African-American students to serve on the Moot Court Board and first to serve on the Judicial Council. He became the University's first African-American professor of law, where he taught for 25 years. He earned a political science degree from Tennessee State University and is a native of Lebanon, Tennessee. The Mayor and his wife, Ruby, have raised six sons in Memphis.