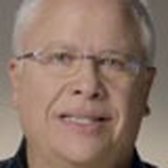 Carlos Beruff is a Bradenton developer running for U.S. Senate. His company, Medallion Homes, operates in Manatee and Sarasota counties. He has never held an elected office, but then-Gov. Charlie Crist in 2009 appointed him to the Sarasota-Bradenton Airport Authority, the Southwest Florida Water Management board and the State College of Florida board. Gov. Rick Scott reappointed him to all three positions and in 2015 picked Beruff to lead his hospital commission.