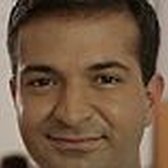 In 2009, Carlos Curbelo was state director for Republican U.S. Sen. George LeMieux and was elected to the Miami-Dade school board in 2010. Curbelo, a Republican who lives in Kendall, won the Congressional District 26 seat in 2014 and 2016 and lost re-election in 2018 to Democrat Debbie Mucarsel-Powell.