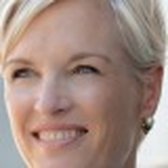 According to the biographical sketch posted online by Planned Parenthood, Cecile Richards, president of the Planned Parenthood Federation of America, previously worked as deputy chief of staff for House Democratic Leader Nancy Pelosi. In 2004, she founded and served as president of America Votes, a coalition of 42 national grassroots organizations working to maximize registration, education, and voter participation. She began her career organizing low-wage workers in the hotel, health care, and janitorial industries throughout California, Louisiana and Texas.