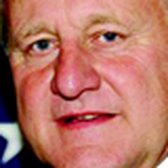 Hansen, a Democrat from Green Bay, is a former teacher and truck driver who was elected to the Wisconsin Senate in 2000 and re-elected since. He was recalled in 2011 during the fallout from Republican Gov. Scott Walker's collective-bargaining bill and the subsequent protests, but won the recall election and held onto his seat. Hansen was one of 14 Democrats who fled the state for weeks rather than vote on Walker's union limits bill. In November 2002, he was elected Senate Assistant Minority Leader by his colleagues. In November 2006, he was elected Senate Assistant Majority Leader. Hansen in 2013 was serving as Senate Assistant Democratic Leader.