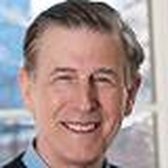 Donald S. Beyer Jr. is the Democratic nominee for 8th District congressional seat Democrat in Northern Virginia. The seat has been occupied since 1992 by Democrat Jim Moran, who is not seeking reelection. Beyer served two terms as Virginia's lieutenant governor from 1990 to 1998. He ran for governor in 1997 and lost to Republican Jim Gilmore. From 2009 to 2013, he was ambassador to Switzerland and Liechtenstein.   Beyer and his younger brother, Michael, are the owners of nine car dealerships in Northern Virginia. Beyer was born in 1950 in Trieste, Italy, the son of a U.S. Army officer. He was raised in Washington, D.C. and graduated from Williams College, magna cum laude, with a degree in economics.