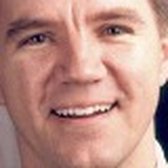 Don R. Willett, a former state and federal government attorney, was appointed to the Texas Supreme Court in 2005 before winning election to the Place 2 seat in 2006 and again in 2012 before President Donald Trump nominated him to the 5th Circuit Court of Appeals in 2017. The Senate confirmed the nomination in December 2017. Willett was previously also widely known, and followed, for his Twitter posts though it was unknown if he’d continue tweeting as a federal appeals judge.