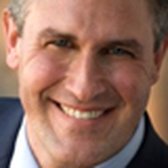 Frank Lasee, a Republican from De Pere, has served as a Wisconsin state senator since being elected in 2010. In 1994, he was elected to the Wisconsin Assembly, where he served until being defeated in 2008. He ran for U.S. Senate in 2012 but ended his campaign before the GOP primary.