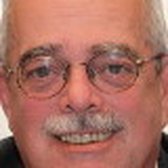 Gerald E. “Gerry” Connolly, a Democrat, has represented Virginia's 11th Congressional District in Congress since 2009. The district encompasses Fairfax County, Prince William County, and Fairfax City in Northern Virginia. Connolly serves on the House Budget Committee, the House Committee on Foreign Affairs, and the House Committee on Oversight and Government Reform. He is the Ranking Member of the Oversight and Government Reform Subcommittee on Government Operations, which covers many key issues relating to Northern Virginia’s workforce and economy.  Connolly also serves on the Subcommittee on Economic Growth, Job Creation, and Regulatory Affairs.  He is a senior member of the House Foreign Affairs Subcommittee on the Middle East and North Africa and also serves on the Subcommittee on Asia and the Pacific.   Connolly is vice-chair of the New Democrat Coalition, co-chairing its Technology, Education and Entrepreneurship Task Force, chair of the Smart Contracting Caucus, co-chair of the Sustainable Energy and Environment Caucus, co-chair of the Congressional Caucus on U.S.-Turkey Relations and Turkish Americans, co-chair of the Congressional Caucus on Korea, and co-chair of the Congressional Caucus on Taiwan.    Connolly received a B.A. in Literature from Maryknoll College in Glen Ellyn, Illinois, and a M.A. in Public Administration from Harvard University in 1979. After graduating from Harvard, Connolly spent 10 years on the staff of the Senate Foreign Relations Committee, where he handled numerous issues including oversight of international economic issues and policies concerning the Middle East and the United Nations.  Connolly also worked in the non-profit and private sectors for organizations and companies involved in international trade, regulatory matters, and research.