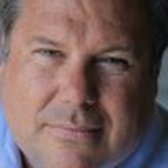 Jeff Judson is a 7th generation Texan who has been a consistent leader and activist for smaller, more effective government, serving as a congressional staffer, think tank president, local elected official, and public policy consultant. An effective leader, Jeff was recognized as one of the “Most Influential People in San Antonio” by the San Antonio Express News because of his leadership in twice defeating wasteful light rail projects in San Antonio in 2000 and 2015. Jeff is an associate with Kaeppel Consulting, LLC, which helps private companies and government agencies cut down on wasteful bureaucracy, increase productivity by offering solutions to improve workplace morale and create a culture of constant improvement– the same changes he wants to make in state government. As a public policy consultant, he has represented a number of Fortune 500 firms seeking freedom from government regulatory burdens by working with grassroots organizations, academics, and think tanks to change the national debate. Jeff works exclusively on free market, limited government issues in his consultancy by recruiting and managing the work of a national network of conservative academics, think tanks, and grassroots organization to inform the public debate on issues of interest to free-market-oriented clients.