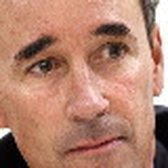 Joe Morrissey, D-Richmond, was elected to the Virginia Senate in 2019. He previously represented the Richmond area in the House of Delegates from 2008 to 2014 as a Democrat and in 2015 as an Independent. He was the Commonwealth's Attorney for Richmond in 1989 to 1993. Morrissey, an attorney, was disbarred in U.S. District Court for the Eastern District of Virginia in 2001 due to unethical and inappropriate behaviour. His license was revoked by the Virginia State Bar Disciplinary Board in 2003. He was reinstated to the bar in 2011, but his license was revoked again in 2018. Morrissey received a bachelor's degree in economics from the University of Virginia in 1979 and a law degree from Georgetown University Law School in 1982.