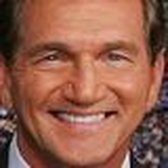 Joe Theismann played in the NFL for 12 years, winning a Super Bowl for the Washington Redskins in Super Bowl XVII. In 1983, he won the NFL's MVP award for bringing the team to another Super Bowl. The Notre Dame alumnus's pro football career ended when he broke his leg in a 1985 game. He has worked for ESPN and the NFL Network in recent years, with occasional appearances on Fox News.