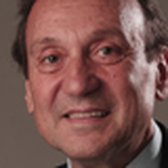 John Carlevale of West Greenwich, R.I., has run for several offices, most recently in an unsuccessful bid for secretary of state in 2014 as a Republican. A graduate of Mt. Pleasant High School and the University of Rhode Island, he received a graduate degree in child development and family relations. Carlevale spent 33 years in human services,  helped found the Rhode Island chapter of the Social Service Employees Union International, and taught at the Community College of Rhode Island for 31 years. He is co-founder of the State of the State public access television show, which advocates for better government.