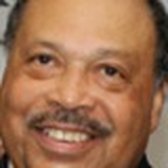 John Currie, longtime chairman of the Passaic County Democratic Party, became chairman of the New Jersey Democratic State Committee in June 2013.  John Currie was elected to the Paterson Branch NAACP Board from 1996 to 2004. During his tenure, he served as first Vice-President from 1998 thru 2001. He has served on the United Way of Passaic and Bergen County for many years. According to a biographical entry on the committee's website, Currie has been employed by Hawthorne Chevrolet for more than 30 years; he serves as its Corvette manager.