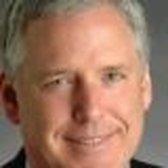 John Dennis is a Republican politician who unsuccessfully challenged Nancy Pelosi in her 2010 re-election campaign. His campaign featured a take-off on the Wizard of Oz, with Pelosi as the Wicked Witch of the West.  A graduate of Fordham University with a degree in business administration, the Jersey City, NJ, native is the son of a longshoreman and a city hall clerk and says he grew up in one of the city's public housing projects. He was a co-founder of the ergonomic design firm Humanscale, and created Foundation Real Estate, a San Francisco-based investment company. He also founded the San Francisco chapter of the Republican Liberty Caucus.