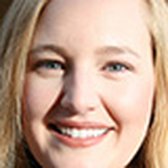 Kelda Helen Roys, a Madison Democrat, was elected to the Wisconsin Assembly in 2008 and served until 2012. In 2012, she lost to Mark Pocan in the race for the Democratic nomination for the U.S. House of Representatives. She is running for the Democratic nomination for governor in 2018. An attorney, Roys is the former executive director of NARAL Pro-Choice Wisconsin, which supports abortion rights.