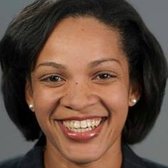 A follower of fringe political figure Lyndon LaRouche, frequent candidate Kesha Rogers of Houston has called for the impeachment of President Obama. The Texas Democratic Party declared her “not a real Democrat” before the March 2014 primary, in which she came second but with enough votes to trigger a runoff to determine the Democratic nominee opposing Republican incumbent U.S. Sen. John Cornyn. In 2010 and 2012, she won the Democratic nomination for a Houston-area U.S. House seat.