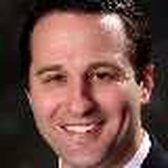 Kris Jordan is a Republican who represents the Ohio Senate’s 19th District, which includes Delaware and Knox counties as well as portions of Franklin County. He is serving in his first term. A lifelong resident of Delaware County he served six years as a county commissioner before being elected to the Ohio House of Representatives in 2008. He and his wife, Melissa, live in Ostrander.