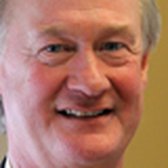 Lincoln Chafee is running for the Democratic nomination for president in 2016. He served one four-year term as Rhode Island's governor, beginning on Jan. 4, 2011. He was the first Independent to be elected to that office. He subsequently became a Democrat. As a Republican, he served as mayor of Warwick from 1992 to 1999, when he was appointed to the U.S. Senate following the death of his father, Sen. John H. Chafee. He was elected to a full Senate term in 2000. He is married with three children. In April 2015 he formed an exploratory committee to consider running for President.