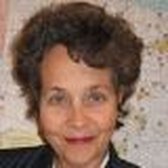 Linda Curtis, director of Independent Texans, describes herself as the leading spokesperson, analyst and tactician for the Texas independent political movement. Curtis helped Carole Keeton Strayhorn run for governor as an Independent in 2006. She says she also helped form the Reform Party after Ross Perot's 1992 bid for president. Curtis lives in Bastrop, outside Austin.