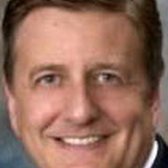 Mark Harris, a Wisconsin Democrat, served as mayor of Oshkosh, where he also served on the city council, and as a county supervisor in Winnebago County. He has served as the Winnebago County Executive since being elected in 2005. He was the 2014 Democratic nominee for the seat being vacated by Republican U.S. Rep. Tom Petri, and lost in the general election to State Senator Glenn Grothman. He formerly practiced as a lawyer and certified public accountant.