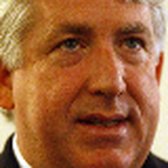 State Sen. Mark Herring of Loudoun County was narrowly elected attorney general in 2013, capping a Democratic sweep of statewide offices after a recount. Herring was born in 1961 in Johnson City, Tenn. He received bachelor's and master's degrees in foreign affairs from the University of Virginia and graduated law school at the University of Richmond. He is the principal of the law firm Herring & Turner, P.C., working in the areas of business and corporate matters, land use and zoning, civil litigation and municipal law. Herring won a seat on the Loudoun County Board of Supervisors in 1999. He served in the state senate after a special election in January 2006 until January 2014.