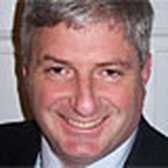 Michael J. Gardiner is a lawyer who has run unsuccessfully for Congress twice in the 2nd District, in 2010 and 2012. Born in 1962, he is a graduate of Cranston High School East, the University of Rhode Island and the Western New College School of Law. He served in the Rhode Island Army National Guard from 1981 through 1992. He is divorced with one child.