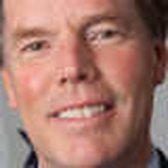 Nicholas Burns is a Professor of the Practice of Diplomacy and International Relations at the Harvard Kennedy School of Government. Burns was was Under Secretary of State for Political Affairs from 2005 to 2008, U.S. Ambassador to NATO (2001–2005), Ambassador to Greece (1997–2001) and State Department Spokesman (1995–1997). He worked for five years (1990–1995) on the National Security Council at the White House where he was Senior Director for Russia, Ukraine and Eurasia Affairs and Special Assistant to President Clinton and Director for Soviet Affairs in the Administration of President George H.W. Bush.