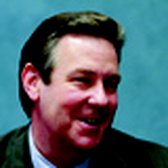 Ovide Lamontage, a fourth generation New Hampshire resident, ran un nsuccessfully ran for governor in 1996 and sought the Republican nomination for U.S. Senate in 2010, a seat now held by U.S. Sen. Kelly Ayotte. Lamontage served as legal counsel for the New Hampshire State Senate in 1991. In 1993, he was appointed by then Governor Stephen Merrill as Chairman of the New Hampshire State Board of Education, where he served until 1996, when he resigned to run for governor. In 2003, as an attorney representing the  Roman Catholic Diocese of Manchester, he negotiated the settlement between the diocese and the alleged victims of childhood sexual abuse at the hands of priests. The settlement spared the diocese from being criminally charged by the New Hampshire Attorney General's Office.